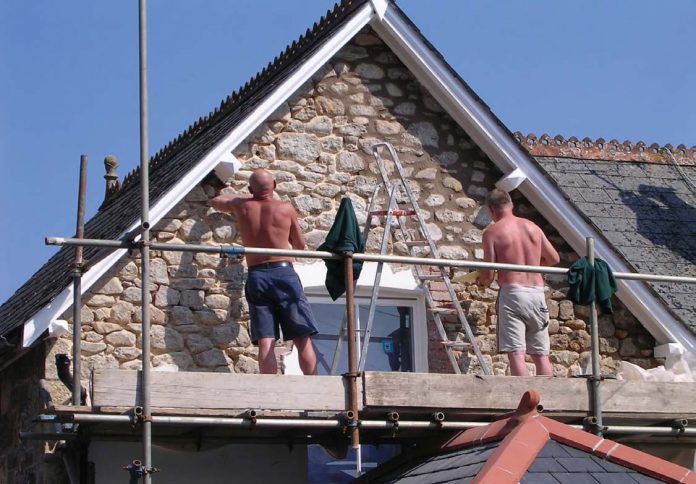 Although the really hot weather is still a couple of months away, now that daylight saving has started it seems like summer is here. And even if every day is not yet a hot one, as the sun climbs higher the need to cover your skin increases.

Whether you’re on a site in Kaikohe or Invercargill, the New Zealand sun is fierce. It burns, it causes skin cancers which can be life threatening and you need to protect yourself against it. So despite Building Today’s small survey, there’s no reason to believe that attitudes or the sun’s rays would be any different in the rest of New Zealand. Building Today spoke to several site managers around Auckland and discovered that there’s a high level of awareness of the need for protection against the sun’s ravages, although some workers still believe they’re bullet-proof.

Of course, while the chance of dying from a skin cancer is not great, it can cause pain and disfigurement, and no one should consider themselves bullet-proof. One site manager interviewed by Building Today was even sporting a nasty looking wound in his forehead, the legacy of a biopsy sample he’d given only the day before.

Twenty-five years working outside, mostly without any sort of protection against the sun, had finally caught up with this man. The size of the site had little to do with awareness. On a large site in Newmarket, as many as 40 people were involved in the construction of an office block.

As this was a Hawkins Construction job no individual’s name can be used, but the site manager happily offered some relevant observations.“Sun block is provided if people want to use it, but it’s hard for us to stop men taking their T-shirts off,” he says. “However, as everyone on site is required to wear a safety vest at all times at least they’re partly covered.”

This man had learnt the need for protection after working in Hamilton for another contractor. “We had to wear long sleeved shirts and trousers,” he remembers. “The experience certainly taught me to look after myself.” Different attitudes On a site with so many workers, different attitudes were quickly revealed.

One young man declared that despite four years as a roofer, the sun had no harmful effect on him. On the contrary, a worker who came from Ethiopia and, therefore, had very dark skin, declared he got sunburnt in New Zealand, and consequently kept himself covered up.

On a smaller site, also in Newmarket, where Cassidy Construction is building an apartment block, site foreman Cliff Hindle spoke very definitely about awareness of the damage sun can cause to people who work outside. “The company has a safety manual which clearly recommends the use of sun block and big hats,” he says.

“The younger guys, especially Europeans, take this very seriously, although I have to admit the older ones aren’t so keen on using sun block.” Perhaps that’s true. Not far away, on the other side of Newmarket, Building Today talked to site foreman Barry Walsh who was working with a man who said he came from Persia. Not Iran, Persia.

He claimed that because of his skin colouring, which was nowhere near as dark as the Ethiopian’s, the sun in New Zealand did not affect him — even after eight years. However, Mr Walsh has a different view. Having heavily freckled skin, he’s always thought the sun would not affect him, but after working outside for 25 years has realised he was no more immune than anyone else. “I’m sure the sun is more harmful than it used to be,” he considers.

“Nowadays it seems to burn right through your clothes.” Nevertheless, he says he covers up on really sunny days, and more than anyone else Building Today spoke to. But he has good reason to. He pointed out several spots on his arms and legs which could be skin cancers.

On his forehead he had a nasty looking wound where a biopsy sample had been taken just the previous day. “The problem with sun block is keeping it on,” he says. “Once you get sweaty and try and put more on, it seems to mix with the sweat and then runs off.” No such problem for Kevin Wilson, site foreman for a small developer putting up a couple of apartments in the nearby suburb of Remuera. “Some of the guys take their shirts off, but mine doesn’t leave my back,” he vows.

“I think most guys are pretty sensible now, because they realise the sun can kill.” Mr Wilson was the only person who mentioned that first aid suppliers regularly visit building sites to top up sun block stocks. “It’s not free,” he grins, “but it costs a lot less than surgery.”

Not long ago the New Zealand Herald ran a story about a builder who ignored a spot on his back. When he finally did something about it, a surgeon removed a fist-sized piece of flesh. When you’re tempted to ignore the sun, bunch up your fist, and try to imagine your back with a hole that size in it.

The last words and, possibly the most sensible, are those of Peter Mottram, foreman on a site in central Remuera. Aged 58, he thinks the damage has already been done to his skin but sees no reason to make it any worse. “I used to go without a singlet in the summer,” he says.

“But now there’s so much publicity about the harm the sun can do I wouldn’t dream of being without it.” He says the men on his site are all aware of the problem, so sun block is always available. “I’m happy to use it,” smiles Paul, a good looking young Maori man. “I just don’t like getting sunburnt.”

Whatever the reason, whatever your age, if you’re working outside in New Zealand this summer, you need to protect yourself from the sun. With a hat, a long sleeved shirt and with sun block.