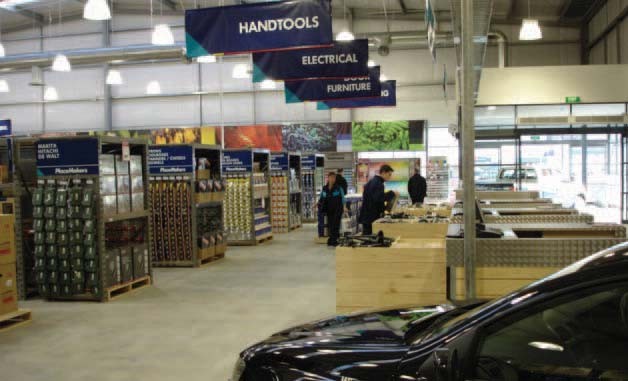 The new store is at a new site in Liddel Street, and covers 3900 sq m, with an undercover drive-through and more than 100 car parks. The store is part of a broader PlaceMakers initiative to rebuild or refurbish a number of its facilities.

The model used for the Invercargill store will be used throughout New Zealand, with similar stores planned for Kerikeri and Nelson. PlaceMakers Invercargill has more than tripled its business during the past three years. Joint Venture partner Alistair Rance says the old store was fragmented and ineffi cient to operate and shop in.

“The new store has everything under one roof which enables greater effi ciency and improved customer service,” Mr Rance says. “The market in Southland is still buoyant. We’ve seen a lot of local infrastructure development projects in recent times, as well as new projects in the residential sector.”

The building was started in February, and PlaceMakers chief executive David Worley says they were impressed with the way the builders and contractors worked together to develop an excellent building in such a short time frame. “It is a real credit to the construction team and project manager David Main of Southern Quantity Surveyors that the building was built so promptly, especially during such a tight labour market,” Mr Worley says.