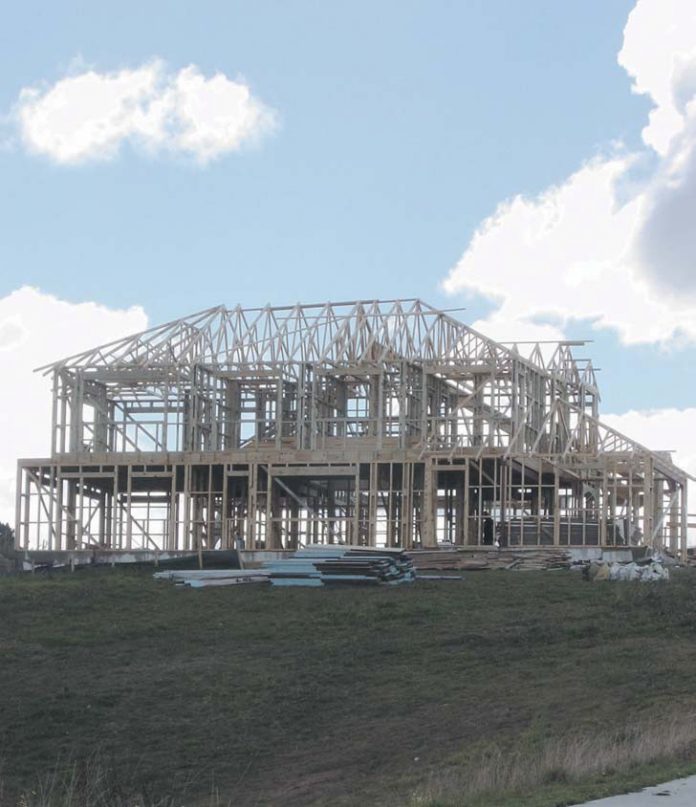 An amendment (No 4) to NZS3603 has been released. This amendment incorporates changes to timber grades and their respective design stresses. It refl ects changes to the timber resource in New Zealand, as well as the methods used to grade that timber.

The issues which have been addressed in the amendment include:

• Traditional visual grading rules could not ensure that NZS3603 design properties were met.

• The existing set of standards did not fit together under the new New Zealand Building Code and Approved Solutions framework.

• The timber resource in New Zealand has changed since the original code was released in 1993, and the grades and species offered to the market since then have changed markedly. • The relationship between stiffness (MoE) and strength values (such as bending, tension and compression) in the existing code were based on hardwood and Australian softwood species, and were inappropriate for New Zealand’s softwood species.

• Specifiers and users of timber in structures had no certainty that the timber met the suite of design values in the codes. The changes to NZS3603 The main elements in the amendment to the standard are: • “F” grades (including “Engineering”) have been deleted. • Machine stress graded (MSG) timber grades have been added, those being MSG 15, 12, 10, 8 and 6.

• Visually stress graded (VSG) grades have been added, VSG10 and 8, as well as No 1 Framing.

• A “lower-bound” MoE has been defi ned, to be used for isolated beams. • Strength values have been generally reduced.

• A new code, NZS3622, has been referenced. A new standard has been published in conjunction with the NZS3603 amendment. Called NZS3622: Verification of Timber Properties, it applies to machine stress graded (MSG) and visually stress graded (VSG) timber. Timber producers are required to continuously carry out in-mill monitoring of bending strength and stiffness characteristics to enable them to sell material with the grade label. NZS3622 also contains requirements for a third party audit process to verify that the production meets stiffness and strength criteria.

The effect on NZS3604 The tables in NZS3604 are being reviewed to incorporate the changes to NZS3603. As the average stiffness value (MoE) is unchanged between the existing code and the amended one, there are unlikely to be any significant changes.

These changes will most probably be limited to lintels, bearers and floor and roof beams.The most common type of failure is excessive deflection of lintels, beams or floors, resulting in call-backs for builders from the occupants of buildings.

Where strength is an issue, there is generally significant load-sharing between adjacent building elements to minimise the risk of any one particular member failing. The effect on specific designs

The effect on these structures will include:

Trusses These elements have members such as top and bottom chords with a signifi cant strength element. Designers will need to consider higher-strength grades such as MSG 10 or 12. As the availability of this material is likely to be limited to sizes 150mm deep or smaller, LVL recipes such as Hychord or Hyspan will need to be used.

External structures The timber used for these structures is generally rough-sawn and of larger dimension. As machine stress graders are limited to framing thicknesses of 35 and 45mm the properties of such members are likely to be assigned a No 1 framing grade, reducing their strength and stiffness.

Designers should check to see that the material they require is available in a VSG 8 grade. The effect on LVL, plywood, glulam and poles The changes to NZS3603 (and the introduction of NZS3622) do not apply to LVL, plywood, glue-laminated timber or round timber.

These timber products are graded to different processes. There is no need to apply a lower bound MoE value in the design of LVL members. The amendment to the standard has been released by Standards New Zealand, and is currently going through an approval process with the Department of Building and Housing.

The closing date for submitting comments on the proposed changes is March 17, 2006. They should be sent to Standards New Zealand, addressed as follows.