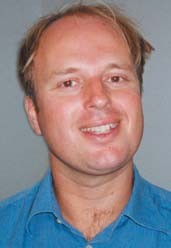 This case concerns the Construction Contracts Act 2002 and was argued in the Court of Appeal.

Top End was a building company that undertook the conversion and refit of premises in Whangarei to enable them to be let by Salem Ltd, a commercial landlord, to a governmental department. A dispute arose concerning payment of a final account for the sum of $279,687.56.

Top End obtained summary judgment against Salem for this amount, together with interest and costs. Salem appealed against the entry of summary judgment. It maintained that a valid “payment claim” in terms of s20 of the Construction Contracts Act 2002 (the Act) was not made by Top End.

Hence, it was argued that Salem’s failure to provide a Payment Schedule in terms of s21 response to the contractor’s claim, should not have given rise to a right to recover the amount of the claim as a debt due pursuant to s23(2)(a). More particularly, Salem maintained that the payment claim did not comply with the requirement to identify the construction work and the relevant period to which the progress payment relates, as required in s20(2)(c).

However, this argument was a new point that had not been taken in front of the High Court Judge Venning. In fact, in the High Court a statement of defence had been filed by Salem admitting that a payment claim in terms of the Act had been made.

The defence to the claim in the High Court was to the effect that the application was an abuse of the summary judgment procedure. Allegations were made in the affidavit filed by Salem that the contract works had gone well over budget and had gone well over time.

A counterclaim of $59,000 was made, being an alleged claim by the government department against Salem for a late tenancy. The following statement of law was made by the Court of Appeal as to the Construction Contracts Act 2002. “Clearly, effect is given to the statutory purpose of regular and timely payments through the statutory regime of a payment claim which, if not met by a payment schedule, confers on the payee a right to recover the amount of the claim as a debt due from the payer: ss20 to 23.”

The sole ground of appeal in the Court of Appeal was the allegation by Salem that the payment claim served did not properly identify the construction work and the relevant period to which the progress payment related.

However, before the Court of Appeal could consider this point, it had to deal with the preliminary point of whether, in fact, this grounds of defence could be raised in the Court of Appeal, having not been raised at High Court level. The law is clear on the fact that at appeal level, for a point not previously raised to be take on appeal, “the pleadings and the evidence (must) leave it open to be taken”.

The Court of Appeal held that there was no escape from the fact that the statement of defence contained an admission which was completely at odds with the position taken on appeal, that a valid payment claim had been served on Salem.

The Judge stated at paragraph 22:

“What is plain is that ss20 to 23 of the Act are designed to facilitate regular and timely payments between the parties to a construction contract. If a property owner does not respond to a payment claim by serving a payment schedule, then the contractor is entitled to recover the amount of his claim as a debt due. “Put colloquially, the payer is under an obligation to pay first and argue later.

This, we are satisfied, is the intention of the legislature. No doubt it reflects the philosophy referred to earlier that cashflow is the very life blood of the building industry. Entitlement to prompt payment “Contractors (and their subcontractors in turn) are entitled to be promptly paid where they have invoked the payment regime under the Act and the payer has not responded as the Act requires.”

So Salem failed in its appeal and the High Court judgment in favour of Top End was upheld. In the process, the Court of Appeal fully endorsed the purpose behind the CCA.