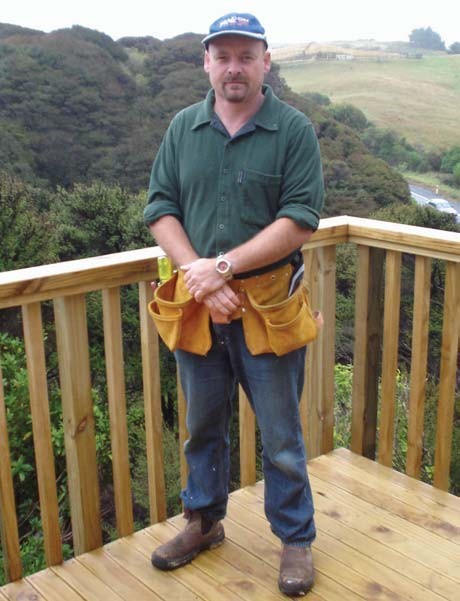 The Recognition of Current Competency process has been developed by the BCITO to assist skilled and experienced tradespeople gain a nationally recognised qualification. As licensing for building practitioners comes into effect, the need to have a formal industry qualifi cation is likely to become even more important.

The BCITO continues to work closely with the Department of Building and Housing (DBH) on the proposed licensing system, with the DBH recently suggesting that licensing should link to national industry qualifications. RCC is currently available for tradespeople who have a minimum of seven years’ experience in carpentry or five years’ experience in the interior systems sector of the industry.

It focuses on recognition of current skills, and requires the applicant to perform to the required industry level in commercial conditions. There are two steps to achieving RCC in the given trades. An applicant’s knowledge of their trade is evaluated through a multi-choice assessment paper, and on-site practical skills are evaluated by an independent assessor.

John O’Toole from BR Hansen and Son Ltd in Wellington is completing the RCC process in carpentry. He has more than 20 years’ experience in the industry, and has worked in New Zealand and abroad on a variety of commercial and residential building projects.

“But the proposed licensing regime will change that. It’s likely that to get a code of compliance you will have to be licensed, and for that I’ll need to be qualified.” He was also motivated by the personal satisfaction of having his skills formally recognised.

Having recently undergone the theory evaluation, he thinks many builders will perceive this as a big hurdle. While he found the assessment challenging, he says he knew it was a necessary part of the process so thought he would just give it a go — and it actually wasn’t too difficult.

“A lot of the stuff you know because you do it every day, but you just don’t put it into words.”

In fact, he found it satisfying to have the depth of his knowledge confirmed, and also to come up to speed with the right terminology. He says the process has given him confidence, and completing some of the unit standards has raised the bar in terms of his knowledge.

“It’s always good to raise your skill levels and learn new ways of communicating what you know. Now if I had to discuss a technical question with, say, a concrete supplier, I could talk the talk.” Mr O’Toole looks forward to completing the RCC process and getting his National Certificate — and when he does he’ll be ahead of the game and ready for the changes that the new legislation will necessitate.

If you would like to know more about the Recognition of Current Competency process contact your local BCITO office on 0800 422 486 or visit www.bcito.org.nz.