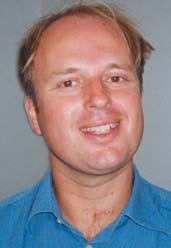 This was an appeal from a District Court decision declining summary judgment on a payment claim. West City was a construction company and Mr Edney was a trustee of a property developing trust. On May 31, 2004, the Trust accepted West City’s quote for certain construction work to be carried out in 5 Maurice Road, Penrose, Auckland.

A payment claim was issued on June 30, 2004, under the Construction Contracts Act 2002. It was left by West City at nearby Rockfi eld Road. The Trust did not accept the payment claim, and purported to issue a payment schedule out of time, challenging the payment claim.

The parties were unable to resolve their issues out of court and, therefore, summary judgment proceedings were issued by West City. It was held in the District Court that the payment claim satisfied the requirements of the Act in terms of its content.

It was held, however, that service had not been proved, and went further to state that West City, by denying receipt of the payment schedule, was at the same time denying any evidence that the payment claim was served.

Reference was made to Section 80 of the Act which states that any document is properly served if: “(b) the notice or document is left at that person’s usual or last known place of residence or business in New Zealand”.

The High Court also considered whether, in fact, the payment schedule that had been served complied with the Act and, in particular, whether it indicated a scheduled amount. The payment schedule in question simply referred to a formula for working out the amount of money that was due and owing.

The High Court held that this fell short of the requirement in a payment schedule of specifying an amount. 10 Gilmer Ltd v Tracer Interiors and Construction Ltd This is also a decision dealing with the Act. However, this time the High Court was considering the Act’s application in the context of a statutory demand that had been made by Tracer Interiors.

A statutory demand is a formal demand made under the Companies Act 1993 seeking payment of a liquidated amount. It has significance for a company served in that it is usually the first step in the liquidation process, such that if a company fails to make payment of the amount demanded or applies to set aside the statutory demand, then the liquidation process can proceed.

The case for the contractor was simply that the developer had failed to respond to progress claims 9- 12 in the appropriate manner under the Act, which meant that it was now out of time in attempting to dispute them for the purposes of setting aside the statutory demand.

It was held by the High Court that the developer had failed to respond in time to each of the four payment/ progress claims by way of payment schedules and, thus, the amounts claimed became amounts due and owing.

It was no longer open for the developer to purport to dispute the amounts claimed. And as regards the argument as to solvency, the judge considered the evidence put forward by the developer. He agreed with the submissions of counsel for the contractor that the evidence as to the developer’s solvency was inadequate in that it had not been audited by an independent external chartered accountant.

Accordingly, it was ruled that solvency had not been proved by the developer and, therefore, the statutory demand ought not to be set aside. However, it seems clear that had the requisite evidence of solvency been tendered then, in fact, the demand would have been set aside.