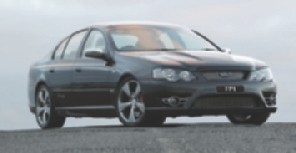 Ford New Zealand has been a little busy in the past few months, adding a little Force to its FPV range and releasing details on some money-miser models which may have more appeal to the trade than even Ford could predict.


But we’ll talk about the glamour and glitz models first and Ford-most.


For those who’ve been hiding under a pile of timber, the FPV range is the performance arm of Ford, based in Australia. It’s from these guys that we get the GT, GT-P and, most recently, the Typhoon.


Well, the boffins outside Broadmeadows (where FPV is based) have been doing some number crunching, some engine testing and some serious looking at the performance market place, and the new Force cars are the net result.


There are two Force cars – the Force 6 and Force 8 – and, not surprisingly, the power is in the name, or the – name is in the power.


The F6 270 power-plant is one of the most powerful production six-cylinder engines in the world.


But for those looking for something a little more workoriented, try this: Ford has introduced a Focus model in a wagon variant. What’s even cooler is the fact that this tradesman’s friend is a diesel!


Actually, Ford has brought in a 2-litre petrol version as well, but the smart money’s on the 1.8 turbo-diesel. The smart money has to stay in the pocket for a little longer though as the cars don’t go on sale until January.


As far as carrying capacity is concerned, the Focus wagon has a load space length to the back of the rear seats of 1.04m and, when the rear seats are reclined, this increases to 1.67m.


Ford New Zealand’s Richard Matheson says all Focus vehicles in the range feature driver and front passenger, and side curtain airbags as standard, adding to the already excellent safety levels of the vehicle.


“As with all of our base-level Focus range, cruise control, front seat side airbags and power exterior mirrors are standard, in addition to air-conditioning, ABS and a CD player,” he says.


Pricing for the new Focus wagon in petrol or diesel has been set at $35,290.