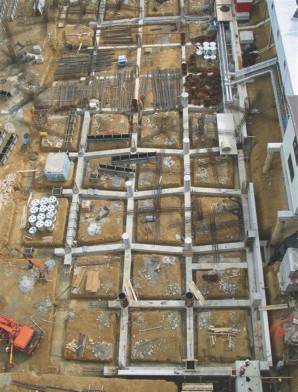 Concrete is the most widely used construction material in the world, according to Cement and Concrete Association of New Zealand project manager Rob Gaimster.

“It is versatile, durable and cost-effective. It is also environmentally sustainable, with green credentials that outperform both steel and timber,” he says.

Mr Gaimster says the use of concrete has been recorded in history as long ago as 7000BC. “Structures such as the pyramids, the Coliseum and the Pantheon rest on concrete foundations . . . and they still stand today as testament to the inherent properties of concrete.”

When concrete is correctly designed and built, he says, it has an inherent durability well in excess of the New Zealand Building Code.

The primary New Zealand Standards for concrete construction are:

There is also relevant material in NZS 3604:1999 Timber Framed Buildings, relating to concrete foundations and slab-on-ground.

Inherent strength
Mr Gaimster lists the benefits of concrete as design flexibility, value for money, and peace of mind. “Reinforced concrete’s inherent strength makes it the material of choice for foundations, which are the most heavily loaded element in a building.

“It is for this reason that concrete is the most common material for foundations. Indeed, a significant proportion of new houses in New Zealand are built on a concrete ground floor slab,” he says.

A myriad of concrete systems are available to the designer to suit specific ground conditions. In situ concrete systems are popular due to the range of benefits they offer but, Mr Gaimster says, precast concrete blocks and/or panels to construct foundation walls are sometimes a more appropriate solution.

“Where ground conditions are poor it may be necessary to use driven precast concrete piles or minipiles. Also, hollow core floor slabs can provide economic solutions in difficult ground conditions, which would make a slab on grade an untenable solution.”

Come a long way
Concrete has come a long way. Recent innovations include the use of insulated concrete formwork for basement walls, which significantly increases the R-value.

Precast concrete foundation thin wall systems are also a recent innovation, Mr Gaimster says, with some manufacturers casting the concrete against foam insulation as a form, to provide a higher R-value for the structure.

In terms of innovation in ready-mixed concrete, selfcompacting concrete is available for slabs and foundations.

“Self-compacting concrete (SCC) is able to flow and consolidate under its own weight and completely fill formwork, even in the presence of dense reinforcement. At the same time it maintains homogeneity without the need for any additional compaction.

Mr Gaimster cautions that building failure can occur as a result of foundation movement.

“If any doubt exists about ground suitability, expert advice should be sought from a suitably qualified expert.”