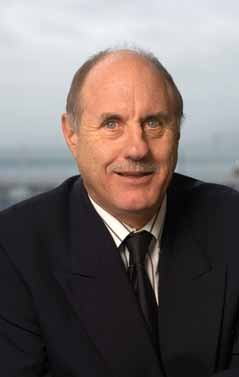 It’s been more than three years in the making, but we are steadily making progress towards turning on the “go live” switch for the Building Practitioner Licensing scheme in November 2007.

There have been hundreds of meetings, hours and hours of discussions and debates, and many forests cut down to handle the volume of paper that’s been generated. After running this good long “licensing marathon”, the finish line is nearly in sight.

It would be fair to say that, at times, the licensing process has been, and still is, somewhat frustrating, but on the whole it looks like we’re getting somewhere. Some of you will remember a year ago at the 2006 Registered Master Builders Federation conference in Queenstown, where members celebrated the announcement from Minister for

Building and Construction Clayton Cosgrove that from November 2007 elements of the Building Practitioner Licensing scheme would become voluntary, and from 2009 licensing would become compulsory for most of the licence classes and 2011 for the remainder.

It was a step in the right direction, ensuring only those with the required skills and experience would do the work on key parts of a building project. No longer could someone just buy a box of tools from the local hardware store and a second hand van or ute and call themselves a “builder”.

Licensing was — and is — one of the key steps in ensuring the construction industry remedied the quality issues that led to the leaky building problem which includes, among other things, changes such as Building Code improvements, better quality in the inspection process, and product certification.

The introduction of Building Practitioner Licensing is also about giving the recognition to builders that many others working in this industry, such as plumbers, electrical workers, registered architects and chartered engineers already have through their registration schemes.

The closer we get to the finish line there is bound to be quite a bit of noise from those parts of the industry that might be concerned they won’t be able to get a licence. Even though the Minister already announced quite a few concessions for DIY at our conference in 2006, it’s likely the DIY market will start to apply the pressure as to why licensing shouldn’t apply to it.

On the one hand it is easy to say there have been already enough fixes to justify allowing more DIY work. On the other, licensing is about protecting the consumer and lifting overall quality within the industry.

And while there might be some short-term pain in sticking with the original plan, the industry and consumers will be much better off in the long run. It is my, and the RMBF’s, opinion that for licensing to work it needs to be a universal scheme across the whole industry.

The more I have become involved in the process of development of the Building Practitioner Licensing scheme, the more convinced I’ve become that it should have been a company-based scheme.

This would have solved many of the issues we and the Department of Building and Housing DBH are still grappling with as D-day approaches. The whole issue of liability still has not been resolved. Until this serious issue is addressed and all potential Licensed Building Practitioners have a clear understanding of their potential liability, no one will want to jump at the voluntary stage and apply for a license.

To assist with implementation of the scheme, the more that apply before the compulsory date the better. We all know that, as one of a suite of key measures to lift the quality level within the industry and stop something like leaky homes happening again — as well as to regain the respect the industry deserves — we need to hold the line on Building Practitioner Licensing.

In my opinion it is no good to back down on the DIY issue just to keep a certain sub-sector of voters happy. This is the future of the construction industry we are dealing with here, and we need to make sure we get it right. Consumers must be under no illusion that the tradesperson working on their project knows what they are doing.