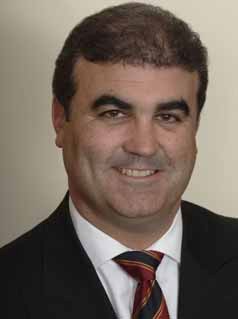 Building and Construction Minister Clayton Cosgrove gave the opening address for the 2007 Registered Master Builders Conference in New Plymouth last month. He covered a number of topics relating to the industry, including an overview of the sector, improving capability, energy efficiency, Building Consent Authority accreditation, the Building

Code review and, perhaps more controversially, the Licensed Building Practitioner (LBP) scheme and how it relates to DIYers. Almost a year ago to the day, the Minister announced the proposed LBP scheme at the RMBF conference in Queenstown. Since then a number of key stakeholders within the sector, including the RMBF, have been working together with the Government to determine the criteria that would differentiate a LBP from a DIYer.

The thinking to date has been that a DIYer should still be able to remodel internal aspects of their homes and undertake low level external work, for example decking, but that supervision be required by a LBP when it comes to structural work and any work on the building envelope.

In recent months, and in this latest address, the Minister has indicated a broadening of the exemptions, stating that “we (the Government) have absolutely no intention of undermining the Kiwi DIY tradition of having a go. I have given the public a commitment that DIY will be protected and I will honour that commitment”.

He acknowledged that the question of DIY construction does raise some issues that could undermine the licensing regime by allowing unlicensed builders to remain in the industry. Consequently, this would mean no quality control accountability through the Licensing Board and, therefore, little protection for the consumer buying the house.

In response to this, he stated that an option would be for “DIY work to result in the placement of a notice on the LIM showing that an amateur did the construction work”. This would give the consumer the choice to seek further pre-purchase inspections or “walk away and buy the other house built down the street built by a LBP”.

Regarding “defining exactly how far a DIY building can go”, the Minister felt the reality is that only straightforward projects are generally tackled by DIYers, and that “anyone should be able to build a traditional house, bach or sleep-out”. Beyond this, more complex construction would require a LBP.

The Minister reiterated that the Government is committed to the licensing scheme and believes that these options will both improve and strike the right balance for this scheme. He felt that, over time, it will raise skill levels within the sector and “promote, recognise and support professional skills”.

So where to from here?

At its simplest, the RMBF and an increasing number of similar organisations and stakeholders have the view that the DIY issue risks undermining the integrity of the whole licensing regime if it is not handled properly.

The Minister has asked that the RMBF works with the Department of Building and Housing to develop a suitable framework for DIY, and the RMBF is certainly honour bound to work through that process.

The RMBF also has to be prepared for the possibility that the Minister’s expectations around this are significantly different from the industry. This will mean a different and stepped up level of advocacy work to ensure the RMBF gets the outcome that it knows is right for the industry and best for the consumer.

Without a doubt, this is the biggest issue on the RMBF’s agenda. If the licensing framework is not right then, from the RMBF’s perspective, it calls into question the whole Building Act reform process, and the Federation will have to consider at that point how it shifts the debate to the next level.