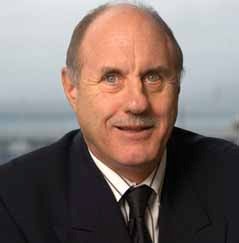 Before I launch into the hot topic of licensing, I must say there are things from our past that are great. One of those is taking the Registered Master Builders Federation annual conference to the provinces.

Taranaki, you did us all proud, not only by providing blue sky for three days, but also by producing an extremely well organised and run event. Thank you on behalf of all the 420+ attendees.

Our 107th conference will be one to remember, not only for the highs, such as the quality of speakers, social events and workshops, but also for the lows that appear to have popped over the horizon, if we take the speeches from the politicians seriously.

After listening to speeches from both Labour’s Minister for Building and Construction Clayton Cosgrove and National’s Nick Smith, there is no doubt in my mind that Builder Practitioner Licensing is about to, or has become, a political football game with no referee.

We thank them both, along with Bob Clarkson, for attending and being open and frank with us, but we’re not impressed with some of the messages that were delivered to the delegates at the conference.

At our 2006 conference in Queenstown the Labour Government announced a staged implementation for Builder Practitioner Licensing. This was part of their policy to implement actions recommended by the 2002 Hunn Report that had looked into the systemic failure within the building industry that we now know well as the “leaky buildings crisis”.

At that time we at the RMBF considered they had gone too far with what work could be carried out by the DIY sector, but we accepted it as being inevitable and a reasonable compromise. In November 2006, the industry made a clear statement to the Department of Building and Housing and the Government that if licensing was to work, for industry and the consumer, it had to be a comprehensive system.

One year on we are being informed that the model we have been working extremely hard towards is to be watered down to the point of it being meaningless.

• the overall quality approach and reinforcing the need for skills, and • the rebuild of apprenticeships.

We heard from the Australians at the conference that the “owner-build” exemption in Victoria increased building quality issues dramatically, and that they are now trying to “fix” this problem.

We surely should be able to learn from other countries and their mistakes, and if allowing too much DIY hasn’t worked for the industry in Australia, why are we looking to go down the same path here in New Zealand?

In New Zealand we will see that the “good builders” will go through the hassle of becoming licensed, while all the rogue builders will flood the category 1 market (category 1 buildings being those that are masonry or timber-framed houses with low-risk designs).

We all know that building processes are much more regulated, complicated and complex following the leaky buildings saga, and to think a DIYer can fully understand these complexities and possibly build houses up to a score of 12 on the E2/AS1 Risk Matrix is beyond me.

We are told DIY is a Kiwi culture thing and the Government does not want to be responsible for undermining it. We’re not against DIY either — and Kiwi DIYers should be able to do the things they normally do, such as renovate the bathroom, repaint the interior or replace a window.

But when it comes to structural work and work affecting the building envelope, that’s when a professional licensed building practitioner should be involved — either by doing the work or by helping oversee it.

If category 1 becomes the predominant domain of non-licensed builders we can expect more quality problems in the future. What incentive is there for a DIYer to go to a trade demonstration and learn about a product he/she may only use once? Or keep updated with Standards and legislative changes?

Inevitably, the consumer will think this “builder” knows it all, and will be highly aggrieved if and when something goes wrong and they find out otherwise. On the other hand, if builders have a license they have to get renewed annually or biannually, or could lose through the disciplinary process, then there is a big incentive to keep their knowledge base and skill level up to date on a regular basis.

The DIY proposals as announced last year do not stop DIY — they just require that a DIYer gets some oversight and supervision at critical points of the building process. This made sense to us at the RMBF last year and continues to make sense to us today.

Since the Minister’s announcement a year ago, the RMBF has been staunch in communicating the direction we think licensing should go to best benefit builders and consumers. In doing so we have been accused of protecting our patch, for which I make no apology. The RMBF very much stands for “building excellence”, and we will continue to advocate for a regulatory framework which lifts quality levels right across the industry.

Quality is not only something we aspire to, but it’s also very much what consumers demand. It is up to the Government to take the lead and introduce, in full, the Building Practitioner Licensing scheme that we have all been working towards over the past three to four years to ensure quality across the board.

Come on Minister Cosgrove, you need to have the resolve (for which you will have our support), and make what we see as the obvious and sensible decisions. While for some they might be seen as the hard decisions to make, in reality it’s what the industry and consumers want.