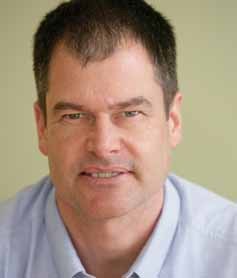 The key policy theme running through this issue of Building Today is the recent announcement by Building and Construction Minister Clayton Cosgrove at our recent RMBF Conference that he wants to further broaden the DIY licensing exemption that was initially agreed last year.

There’s not too many topics that builders get really heated up about but, undoubtedly, the proposals floated by the Minister have got the back up of every builder that’s talked to me about it! The Minister is running the extreme risk of jeopardising the integrity of the whole licensing regime with where he seems to be headed, and we have to hope that common sense prevails and we get back onto a policy framework that underpins quality within the industry rather than undermines it.

I can still think back very clearly to the headlines in the New Zealand Herald, the multiple-page spreads and the categorical reform statements from the Prime Minister as a result of the leaky buildings crisis in the early 2000s.

I think back to the Hunn Report in 2002 and the information and recommendations that report put forward; and I think back to the passing of the Building Act 2004 that requires, quite categorically, that work on the structural integrity and envelope (weathertightness) of buildings would need to be done or supervised by a Licensed Building Practitioner.

When Clayton Cosgrove became Minister in late 2005, there were some discussions then about whether some DIY tolerances should be allowed for, and at our 2006 RMBF Conference in Queenstown the Minister launched details of the licensing scheme on the one hand and released some proposals that had been agreed around limited DIY exemptions which, while not perfect, are a reasonable compromise.

It has come as a total surprise, therefore — as well as a huge disappointment — that we have had further broadening of the exemptions proposed by the Minister in recent weeks. The suggestion is that DIYers should be allowed to build more simpler category 1 homes as long as it’s more heavily inspected by local authorities (what increased risk does that expose them to?) and having that recorded on the Land Information Memorandum.

Undoubtedly, we will create two classes of houses in New Zealand — those with the LIM tag and those without, and it would seem absurd that Government policy would allow that sort of befuddle to happen.

The RMBF is not against true blue DIYers doing “their thing” with their houses — they should be able to remodel the bathroom, redo the kitchen, add a low level deck without any worries at all.

This is about building quality, it is about consumer protection and it is about ensuring we have an industry that aspires to higher levels of professionalism. The way the Minister has been floating things the past few weeks, all the rogue builders who can’t get their licences (or who can’t be bothered to get them) will become the dodgy DIYers of the future.

This will leave councils to pick up even more of the pieces than they currently do, and catch out home owners who don’t realise their house has been built by a licence dodger. All the good builders will get licensed, while the others will stay just as they are — and in reality we will have achieved nothing.

We set out four years ago to work with the Government on the development of a licensing regime that would drive quality within the industry, that would be practicable and that would be based on common sense. Where we seem to be heading makes a nonsense of all that hard work, and that is both deeply disappointing and frustrating.

We also know that this issue has raised the ire of a large number of colleague organisations as well, and we will want to work with them to ensure we get the right outcome. We have been invited by the Minister to meet and work with the Department of Building and Housing to see if we can come up with a workable solution and we are working with other organisations to do so.

We certainly want to engage in that process, but there is the strongest of bottom lines underpinning our input. We can’t have a licensing scheme that’s been sabotaged from the outset by allowing rogue builders to carry on doing what they do and masquerade as DIYers.

Licensing is meant to be a key quality foundation for the industry, and it remains absolutely critical we get it right for the future of our industry.