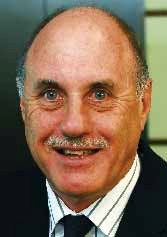 As Registered Master Builders Federation president, it will be my great pleasure to preside over the RMBF’s 108th annual conference in Wellington at the Duxton Hotel on April 24 to 26, 2008.

Election year is looming and the politics have started. The RMBF is right in the crossfire between the parties, and we continue to have a say at every opportunity.

Therefore, holding the 2008 conference in the capital, with a theme of “Keeping It Real” is seen by the RMBF as a way of us keeping the politicians and bureaucrats in line.

We’ve recently been highlighting the significant change that the construction sector is facing with the implementation of builder licensing. We continue to challenge and have considerable debate with the Government over regulation and its effect on the construction industry.

2008 will see a continuation of this, and there will be no let up in the effort by the RMBF to ensure these changes have minimal impact on members and their businesses.

The DIY debate is one such issue the political parties need to “open their eyes” to. Builder Practitioner Licensing, along with other industry reforms, was embarked upon as a result of the leaky homes enquiry to not only improve practises across a whole range of issues but, more importantly, to protect the consumer.

Because politicians don’t wish to become the “bad boys/girls”, the initial proposed outcome/s is/are being watered down. The complexities involved in building a home are now huge, and occupants can be at risk if the work is not carried out properly.

So we continue to encourage the politicians to make the hard calls and get on with the process.

At next year’s conference key industry leaders, decision makers, industry stalwarts and, of course, members, will gather to discuss trends, strategies, policy and options that face our industry as we move forward.

This event presents an opportunity for all of us to meet and network with influential figures in the construction arena, including suppliers, customers, service providers, educational bodies and government regulators.

This will be the 30th conference I have attended since becoming involved with the RMBF, and I continue to get immense reward from the event which continues to go from strength to strength.

Several first time attendees to the Taranaki conference this year commented that they “didn’t realise what they were missing out on”, and that they would definitely be attending in 2008.

I strongly urge all members to attend the conference and begin to reap the rewards of networking with like-minded people belonging to the construction industry’s leading organisation.