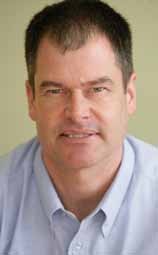 September’s decrease in the number of monthly building consents (as against September 2006) reinforced the RMBF’s prediction of a softening market this past six to 12 months.

“This is the first actual monthly drop we’ve seen in numbers of consents in quite some time,” RMBF chief executive Pieter Burghout says.

“Having said that, the year to date value of all building consents to September 2007 is up $732 million (ie, up 6.6% for the year, to $11.896 million) which evidences the overall increase in value and quality of work being undertaken in our industry — as evidenced by the calibre of entries in our recent House of the Year Awards programme.”

Regionally, the largest decrease was in Auckland compared to September 2006, although this region still issued the largest number of new dwelling consents with 454. Increases are still being shown in Wellington and Canterbury.

Also of note in the releases consent statistics was the 7.3% lift in the annual value of dwelling alterations and additions — up to $1 billion for the first time ever.

As the new dwelling market cools, that has given some space for the alterations and additions market to lift, mainly because existing home owners can now actually find a builder to do the job for them.

“At almost $12 billion annual expenditure for the September 2007 year, we have reached a new high in terms of overall yearly industry turnover.

“The construction industry, therefore, continues to fulfil its important role within the New Zealand economy.”

We are expecting a further slight softening in 2008, ahead of the market lifting again in 2009.