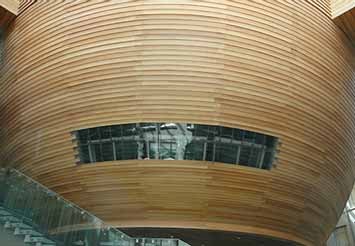 Structural engineers Holmes Consulting Group received a commendation in the Award for Arts, Leisure or Entertainment category for the redevelopment of the Auckland War Memorial Museum at the Structural Awards 2007 in London.

The museum, one of the most revered heritage buildings in New Zealand, houses the premier collection of Maori and Pacific Island cultural treasures and attracts more than half a million visitors each year.

The redevelopment project had considerable national significance and aimed to bring the structure closer to the original vision of the three young architects who won a competition to design the building in 1922.

This independent building contains an education centre, theatre, function spaces and is topped by a 700 person events centre with panoramic scenic views of Auckland. The bowl is supported by four towers and a complex of storey deep trusses to provide vertical and lateral support.

“However, the major work was the suspension of a four-storey, 700 tonne “Bowl” structure within the new Grand Atrium space.

“The redevelopment has made dramatic improvements to the building, giving it more than 60% of new space and creating the jaw-dropping atrium, which is a fitting backdrop for the museum’s priceless collections.”

The Award for Arts, Leisure or Entertainment category, sponsored by Griffiths & Armour, recognises achievement in the structural design of arts, leisure or entertainment structures.

More than 400 guests attended the Structural Awards 2007 dinner and ceremony, which took place in the stunning art deco setting of Lawrence Hall in London in November.

Organised annually by the Institution of Structural Engineers (IStructE), the Awards aim to recognise excellence in structural design and showcase projects that lead the industry’s development.