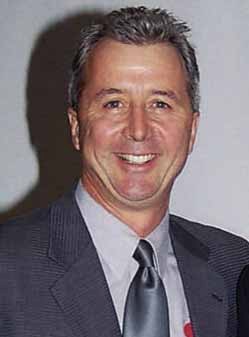 Neither Registered Master Builders Federation Board Members nor anyone from the RMBF national office attended the November 1 launch of the Government’s Licensed Building Practitioner (LBP) scheme.

Participation in the scheme is voluntary until 2010, when licensing will become mandatory. RMBF chief executive Pieter Burghout says the RMBF was positive about the scheme as recently as earlier this year, but the RMBF cannot fully endorse it in its present form because of a number of uncertainties.

Consequently, the RMBF’s official position is to take a neutral approach around the adoption of licensing by members.

“While we think licensing will be good for the industry longer term, at this point we neither encourage nor discourage our members to participate. We’re saying here are the facts, it’s a commercial decision for you whether you take up licensing or not,” he says.

He explains a number of scheme changes proposed by the former Minister for Building and Construction earlier this year around loose DIY exemptions and watering down the definition of “restricted building work” left the RMBF with certain concerns.

“If we’re going to have a scheme, we must ensure it’s a clear, comprehensive one. Another risk for the RMBF is if we make a positive ‘get licensed’ recommendation to members today, we might find this time next year that the rules and definitions have changed again, to the industry’s detriment” he says.

Mr Burghout says the RMBF remains committed to achieve a licensing scheme before 2010 that provides protection for the public and is workable for builders. Talks with the Government resume in February next year.

“In the meantime, using a Registered Master Builder to do building work continues to give consumers peace of mind they’re dealing with reputable builders,” he says.

Wanganui-based Jamie O’Leary Builders Ltd managing director Jamie O’Leary, who attended the Wellington launch, says his response to the scheme as a builder is also to remain neutral.

Mr O’Leary was closely involved in industry-government consultations about the scheme. His concerns are very similar to those of the RMBF.

“The boundaries that define ‘restricted’ and DIY work are not clear. Ultimately the scheme must be apolitical, and must benefit the public and the industry.

“In its present form it leaves itself wide open to abuse, especially against the backdrop of the building categories’ risk-matrix concept, and possibly the Government’s Affordable Housing Initiative,” he says.

Messrs Burghout and O’Leary say it is important that members will make independent yet informed choices.

The RMBF recently released a multi-media information package to bring members up to date with information about the scheme, as well as a revamped “Builders CV” licensing application tool to assist those who wish to apply for licensing.

In addition, regular workshops will keep members abreast of developments in the three years leading up to mandatory implementation of the scheme.