Home Latest News Keeping up with The Jones 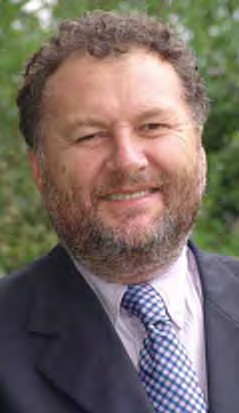 The Hon Shane Jones has a five-point plan to slash red tape in the construction industry and provide a simpler, more flexible and streamlined consent process for starter homes. Appointed Minister for Building and Construction in November last year, Mr Jones at the end of March announced his strategy “to end the frustration and delays” in the consenting process . . . less than two months after the Prime Minister gave him the directive.

“I believe I’ve delivered a plan that will greatly assist the Government’s housing affordability package,” he says. Fiercely loyal to his party and old-fashioned Kiwi values, Mr Jones has built, in the course of his career, a reputation of a worker who is hard on results, soft on people and both persistent and consistent in achieving his objectives.

In 1988 he set up the Maori Policy Unit at the new Ministry for the Environment. He worked on the original RMA core group and later in the Prime Minister’s Department under Geoffrey Palmer.

In 1992, after an 18-month study sabbatical, he resumed work at the Ministry for the Environment, where he was the key advisor for the Maori Fisheries settlement or Sealord Deal. In 1993 he was appointed to the Treaty of Waitangi Fisheries Commission, Te Ohu Kaimoana, and in 1997 chair of the Maori business development organisation Poutama Trust. He also served on the Boards of Salmon Smith Biolab and the Airways Corporation.

In 2000 he took over from Sir Tipene O’Regan as chair of the Treaty of Waitangi Fisheries Commission and Sealord Products. His task was to get 70 iwi to agree on how to divide up the fisheries assets, valued at $1 billion. This was completed in 2004 when the distribution legislation was passed.

Elected to Parliament in 2005, he chaired the Finance and Expenditure Committee and the Labour Maori Caucus, and served as Secretary of the Labour Backbench Committee and member of the Commerce Select Committee.

Mr Jones says one of his key strengths is strong negotiation skills. He ascribes this to his family background, a first rate education and having worked with accomplished mentors. Born Shane Geoffrey Jones in Awanui, Tai Tokerau, he is the eldest of six siblings. His father Peter comes from a family of 17 children and his wife, Ngareta, from a family of 13 children.

Shane and Ngareta, married for 27 years, have seven children. This family background, he says, was the best negotiation school of all.  So how does one keep up with the Joneses? “I have learned always to bear in mind the ambitions and anxieties of a variety of personalities around a table. To reach an agreement that’s acceptable to all, you have to take time.

“Human nature is what it is. You have to find a way of splitting up the cake that even those persons who disagree, who might object at first glance, can still see the opportunities in the situation.

“They have to be confident enough there will be enough to share around, that each will get something, to work together for a solution all can come to terms with and learn to live with,” he says. Important role models

His parents were the most important role models in his life and he has great admiration for the way they celebrated their ethnicity. The Jones clan come from Te Aupouri, Ngai Takoto, Welsh and Dalmatian stock. “My dad, a dairy farmer, to me epitomised the ‘by the sweat of thy brow’ ethics.

“My paternal grandmother is a very traditional woman, and taught me that I must give back to my people, my culture. She nurtured a desire for service in me. In our home, family is cherished and the church is an important way of life. Those kinds of values rubbed off on me in various ways,” he says.

His schoolteacher mother Ruth impressed the need for a good education on her children. Mr Jones made the best of his opportunities. His academic credentials include a Baccalaurean in Politics and Maori Studies from Auckland and Victoria Universities, and a Magister (Prelim) in Political Philosophy from the University of Western Australia.

In addition, in 1992 the John F Kennedy School of Government of Harvard University in the United States, where he studied for 18 months as a Recipient of the Harkness Fellowship, awarded him a Magister in Public Administration. “My education is a tribute to the financial support I received from the Anglican Church, the Maori Education Foundation and my mum and dad through their hard work. It contributes to my sense of service, that I must pass back these gifts to my environment,” he says.

While at Harvard he did the Harvard Negotiation and Mediation Clinical Programme with one of the world’s best known negotiation scholars, Roger Fisher. However, a certificate means little without practical experience, and Mr Jones says over the years he has had many excellent mentors.

“I’m working with professional, high performing politicians and I’m learning from them all the way. I’m also lucky that I’ve worked with people such as The Hon Matt Rata, Maori Affairs Minister in the 1970s; The Hon Koro Wetere, Maori Affairs Minister in the 1980s; Dame Mira Szazy, president of the Maori Women’s Welfare League in the 1970s; and Rob McCloud, chairman of the Business Roundtable.

“These people taught me to rely with confidence on other people, to use their strengths without feeling diminished by it. For example, I think the successful division of the fisheries assets was due to the fact that I was greatly supported by the people on the board.

“We each brought skills to the table — they needed me to drive the process forward, but you cannot maintain momentum without support forces to move the whole vessel in the right direction.”

Given the current economic climate, the pressure is on to achieve the same results with his new mandate, and Mr Jones plans to meet the challenges of his portfolios head on. In addition to the consents process, he also plans to look at proposals in the rental sector to benefit landlords and tenants, and facilitate more training for consents staff.

“They make important decisions, and more training will have a long lasting positive impact on the process,” he argues. In the matters of bureaucratic red tape versus personal liability in the building sector, he is somewhat of a rebel.

“As we as Kiwis learn lessons, the leaky homes hangover is a sharp reminder that things can go awfully wrong if we have inadequate regulation. “On the other hand, if we want more latitude and elbow room, we have to be prepared to accept more liability — the biggest elephant in the building and consent debate room.

“I’m encouraging my department’s officials to explore this in the medium to long term — it’s a body of work that will possibly go on longer than my term, it’s something we as a society must grapple with.”

He says he believes the Kiwi spirit needs to be liberated afresh. “It’s based on the No 8 wire and Do It Yourself attitude to life, and we shouldn’t allow it to become eclipsed by the blaming culture, become too litigatious, an American-type business culture alien to our nature.” ‘Life-threatening’ pursuit!

Juggling career and family is demanding, and Mr Jones recharges his spiritual batteries with fishing and gardening. He tramps long distances and plays golden oldie rugby to stay fit, the latter in his wife’s words, “a foolish, life-threatening” pursuit.

For more sedentary escapism, he likes to read. Currently on his night table are Paul Theroux’s The Pillars of Hercules and a Tom Clancy novel. And when a situation gets really critical and tempers flare, he goes back to basics, which are “. . . good manners, a deep breath, collecting my wits, looking at the facts of the situation, making mental notes and taking things from there.”