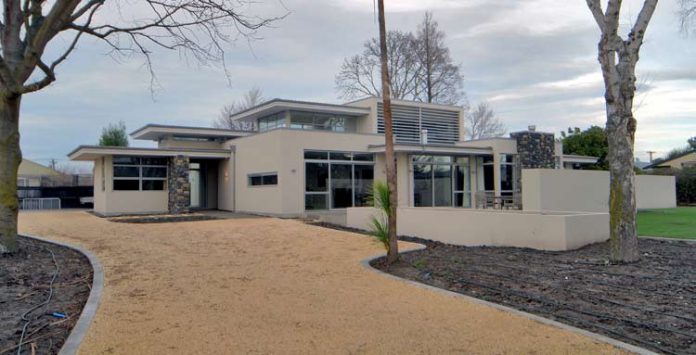 Entering the Registered Master Builders House of the Year and RMB Commercial Project Awards is something many builders do year in, year out.

In fact, there are builders who have been entering since the competition began with principal sponsor PlaceMakers in 1990.

However, there are a number of members who don’t enter the annual competition.

The benefits of entering the House of the Year have been echoed by national winners year after year, but what motivates builders to enter their local competition for the first time?

First-time entrant Tony White, of Tony White Builders in Wanganui, has made an impressive start to the competition this year. He took out a host of local awards, including two category winner titles and the Wanganui PlaceMakers Supreme Award, and has subsequently been named a Gold Reserve Finalist.

“I went into the competition with the aim of winning gold awards, so I’m really happy I achieved above and beyond that.”

Tony entered the building industry in 1999 and completed an apprenticeship in 2002. Since then he has been self-employed and now has joint ownership of White and Davidson Building Ltd, which trades under the name of Tony White Builders.

Being a member of the Registered Master Builders for just two years, Tony knew he didn’t have the same depth of competition knowledge as other more seasoned entrants.

“It would be fair to say I went into the competition a bit blind. I didn’t really have any expectations because I just didn’t know what to expect!” Tony says.

He believes one of the best things about taking part in the competition has been the ability to judge his business against others in the marketplace.

“Without that independent appraisal to verify the standard of your work, you just can’t prove your worth. I thought we were doing really good work — but our success in House of the Year has finally proved this.”

Another new entrant, Jim Stenberg, of Christchurch-based Jim the Builder, entered the competition for the second time in 2008.

Jim, who had previously won a gold award in 2007, knew that for 2008 he had “two good chances with two beautiful homes”, but had no idea either home would have achieved what they did.

Jim the Builder won the PlaceMakers Supreme Award in the 2008 Canterbury House of the Year, as well as taking out two gold awards in the New Homes $650,000 – $1 million category, and the Pink Batts Ultra Energy Efficiency Award. He is now a 2008 Gold Reserve National Finalist.

His previous work experience as head foreman for Daryl Hewitt of D J Hewitt Builders Ltd showed what an effective marketing tool the competition could be, and the level of workmanship necessary to succeed.

“I have been building for more than 16 years and have been a member of Registered Master Builders for around eight years. However, it was only when I started up my business recently that I thought about the House of the Year competition and giving it a go.”

Jim was really proud to win a gold award in the 2007 competition, but was “absolutely blown away” after taking out the Canterbury House of the Year (Supreme Award) in 2008.

“It was quite overwhelming to win the PlaceMakers Supreme Award. We worked hard to ensure the entry was a top quality house, but nothing prepares you for winning the Supreme title.
“It has definitely been great for our company to get so much exposure through winning this title.”

And Jim has some words of encouragement for all registered master builders who have only toyed with the idea of entering the competitions.

“Do it! You have far more to win than you have to lose.”