Home Latest News I’ll be the judge of that 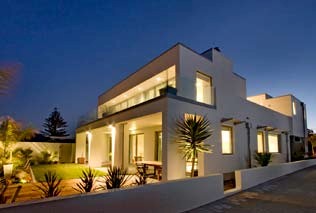 Each year the PlaceMakers House of the Year and RMB Commercial Project Awards receive hundreds of entries from all corners of the country.

Entries come from a wide range of residential and commercial building companies entering a number of award categories which celebrate excellence in building.

The important job of determining excellence in building is undertaken by the competition’s large team of knowledgeable and committed judges.

Now in its 18th year, the 2008 House of the Year and RMB Commercial Project Awards in association with PlaceMakers were judged by 10 panels comprising more than 25 judges, who travelled around New Zealand grading nearly 650 entries.

He teamed up with Mr Honeybone and judged at a local level in Canterbury three years before being invited to become a national judge. He took a break last year before returning to national judging in 2008.

“In the early days it was about giving back to the industry. These days I think it’s more about meeting the builders, hearing and seeing how they have to meet the challenges of an ever-changing industry and its regulations, seeing them putting their knowledge and skills to the test, and improving year after year.”

Mr Dally finds judging a great way to see the variety of building styles around the country, especially comparing the South Island to the North Island, as well as the many improvements in quality, new innovations, and seeing the builder’s ability to interpret the architect’s design.

He believes one of the biggest challenges for judges is maintaining consistency.

“Clearly, logistics will always be a challenge when you have a nationwide competition — the real test is judging consistently. I keep a copy of all my judging notes so I can review them and make comparisons with fellow judges to generate a fair and balanced score for every entrant.”

Mr Honeybone, of Honeybone Builders Ltd, started his involvement with the competition as an entrant, and was a past national winner in a New Homes category.

“My love of architecture was one of the reasons I wanted to judge, but I also saw it as my way of giving back to the industry.”

Mr Honeybone admits it can be hard to get away for extended periods of time to judge, especially when combined with running a business, but it certainly isn’t impossible.

“The National Project Team does a great job of working around your availability, as do fellow judges who are retired or have greater flexibility with their time.”

Mr Honeybone says there are many satisfying aspects to judging. “It is so rewarding to see enthusiastic young builders giving it a go for the first time. It’s also satisfying to see those builders who enter the competition every year really nail it.”

Mr Dally agrees. “It’s incredibly fulfilling to meet builders who have worked so hard, and who are so proud of what they have achieved, delivering a stunning property.”

Both judges agreed there are common mistakes entrants make time after time. “It’s very frustrating when a builder has entered an incomplete property, but my major gripe would be the lack of project management and supervision on jobs.“

If an entrant wants to achieve gold, the quality of all work throughout the house — especially that of the subbies — has to be impeccable,” Mr Honeybone says.

When asked why they judge, each had numerous reasons to be involved.“

You really get a lot out of it — you get to make new friends, there’s a feeling of giving back, and it’s an opportunity to see many parts of the country,” Mr Honeybone says.

As an architect, Mr Dally says he loves to see the new innovations builders create through inventive use of materials and “true execution of an architect’s plans”.

The National Project Team is seeking nominations for judges for the 2009 competition.

If you are interested in judging, Mr Dally and Mr Honeybone recommend you get in touch with a judge from a previous year to learn more about the process.

You should also register your interest in being a judge by emailing your contact details to national judging co-ordinator Kate Cooney at kcooney@dazzleevents.co.nz.