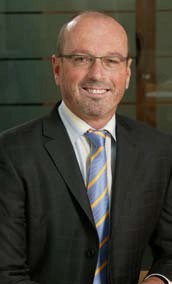 The RMBF was invited to attend the Job Summit in February. I must say I was very interested in seeing how it would run and what would come out of it. Essentially, the Summit was broken into six work streams. Each stream was responsible for developing two to three key ideas and to bring those back to the plenary group.

The RMBF was in work stream four “Helping Firms Survive”. This stream was further broken into two sub-groups: • Regulation Sector Investment, and • Highly Exposed Industries, which had two teams — one considering tourism, technology and manufacturing, and the other looking at retail, construction and services.

Each sub-group and team was responsible for developing initiatives that would retain jobs and could be implemented quickly. About a dozen ideas were generated within our sub-group, one of which was a construction initiative (aimed at kick-starting the new home market, addressing the leaky homes problem once and for all, and refurbishing the older housing stock).

Only two or three ideas were permitted to go back to the wider stream so the sub-group discussed each in detail. The construction idea was one to make this first cut. With each sub-group coming back with two to three ideas the stream had to vote on which three would make it through to the plenary session for final consideration.

While this was disappointing at the time, we were given assurance that all ideas developed at the Summit would be further evaluated. I am pleased to advise that the Department of Building and Housing has been requested to scope and develop the construction initiative further and to report back to the Government by the end of June 2009 on its viability. Construction sector importance

The pleasing thing for me in this entire process is the recognition from other business leaders in New Zealand of the importance of the construction sector. They were willing to listen to, and accept, arguments as to why initiatives aimed at boosting construction should be given a very high priority in this recession.

They supported our position, often at the expense of their own industries’ wants, as they appreciated the impact and the benefits to the New Zealand economy of maintaining a healthy and active construction industry.

Let’s hope this new Government is as enlightened.