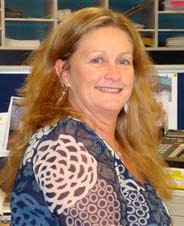 Prime Cost (PC) sums are an area of building contracts that can be a minefield of confusion for builders and their clients. A recent High Court case (Mullaney v Brown and Power Painters Ltd & Others) has a useful discussion about the operation of PC sums.

Mullaney entered into a building contract with Brown acting as the project manager. The contract provided a maximum price which included “PC sums” to the value of $49,000. The contract clearly stated that should Mullaney upgrade the specs or increase the quantities of the PC items then the maximum price would increase accordingly (and vice versa). All variations were required to be in writing and to the project manager. The expression “PC sum” was not defined in the contract.

Mullaney then on-sold the dwelling during construction, and allowed the purchasers to make some of the decisions regarding the PC items. Both Mullaney and the purchasers “went around” the project manager and issued instructions directly to the workers.

The PC costs exceeded the allowance. Mullaney refused to pay, saying that the stated maximum price for the contract meant that he was not required to pay any more. While the expression “PC sum” wasn’t defined, it is clear that the words of the contract clearly defined what the actual items were that had been provisionally costed, and what would happen if the allowance was exceeded.

The judge confirmed that the term was in common use in the industry and well-understood, and a reasonable mechanism for dealing with items where the cost was uncertain at the time of contracting.

Registered Master Builders have certainty in the use of such terms as they are clearly spelled out in the RBC1-2008 (under “monetary allowances”). The term “PC sum” is often used for prime cost and provisional sums; referring to either items of work or materials or fittings where price and/or the decision and/or selection have not been made at the time of signing up.

Prime Cost sums cover the cost of specific items that may not yet have been chosen. A provisional sum is an amount that has been included for work where the extent and, hence, the price of the work can’t be defined. A friendly discussion with your client on how PC sums work can avoid the situation Mr Brown found himself in.