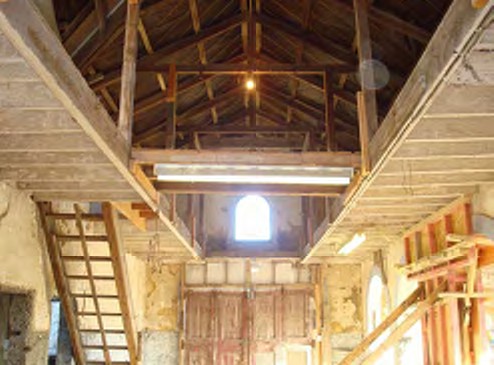 When Registered Master Builder Stephen Jory of Jory Builders in Dunedin attended a function at his daughter’s school back in late 2007, he didn’t expect to come away with a new project for his business.

But, thanks to a chance meeting with an architect, Mr Jory landed one of the most challenging projects of his career. “I met an architect who told me about a project he’d been working on where the owners wanted to convert some old derelict horse stables situated at the back of their already renovated cottage. Their plan was to link the two together to extend their home,” Mr Jory says.

“It sounded pretty interesting, not to mention challenging, so I did some research, put together a proposal and they went for it.” The stables are situated in the grounds of Cargill Castle, one of New Zealand’s most significant historic ruins and one of only two castles remaining in the country.

“We started the conversion in June 2008 and had it completed in March 2009. As you can imagine, we faced a number of challenges throughout the build, mainly around restoring the structural integrity of the building.

“These challenges included installing a 12 metre-long steel ridge beam, gutting all the walls and reinstating them, boxing up concrete arches, and the hardest jobs of all — laying a whole new concrete slab on the floor and reinstating two concrete columns that had been removed for cars to drive in.” Mr Jory was fortunate to have an experienced subcontractor on the job with him who made the process a lot easier to manage.

“We had about six guys on the job at one time or another. When you’re in this game, you have to rely on the subcontractors and work together as a team. They can make it or break it for you.

“We left the original exterior on, so it still looks like the original stables from the outside, but the big old barn door is now a huge window. Everything’s double-glazed, and there’s a mezzanine floor, which houses the master bedroom that looks down through a glass wall into a living area spanning the full height of the barn.

“It’s pretty swish, and it’s probably been a once in a lifetime job. I’ve been self-employed for 25 years and I don’t think I’d get the opportunity to do something like this again, so I’m really proud of it.”