Home Latest News Contracting with a Trust — things to note 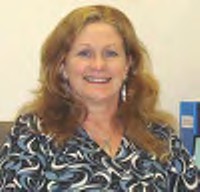 I often get calls from members seeking clarification of how to deal with Trusts. Usually the calls are about who has to sign the contract (all the trustees), whether personal guarantees are required (yes, if you can), and whether to agree with some of the Residential Building Contract’s (RBC’s) clauses that the Trust’s lawyers want to delete.

A question we hope you never need to worry about in relation to this is whether this is a residential construction contract or a commercial one? A lot depends on the answer — the Construction Contracts Act 2002 treats them differently.

If it is a commercial contract, builders know they need to provide “residential occupiers” with additional information as specified in the Construction Contracts Regulations 2003, along with their payment claims.

This is to alert them to the fact that they have obligations too — they must either pay them (preferably!) or respond with a payment schedule. If they don’t, the Act provides remedies such as the ability to stop work, or to get a charging order against the property to secure the money owing.

If it is a residential contract then the remedies above for securing payment are not available to you.

The Act defines a residential contract as “a contract for carrying out construction work in which one of the parties is the residential occupier of the premises that are the subject of the contract”.

So basically, the question you need to ask is: are any of the members of the Trust going to be occupying the residence? If the answer is yes, the RMBF’s advice has generally been that this is a residential construction contract.

However, recently there have been examples where this has not been the case in the eyes of the law.

In two cases before the District Court that examined the question of residential versus commercial, the contracting parties were Trusts. The Trusts refused to pay, and the builders used the adjudication provisions of the CCA and won.

The Trusts still refused to pay, so the builders took them to court to get the adjudicator’s decisions enforced. This is where the difference is important.

If it is a commercial contract, the Act provides that the builder can get the adjudicator’s decision “entered as a judgment”. The entry of judgment means that the debt is now a matter of public record, meaning the court has said that the debt is definitely owed.

The builder will still have work to do to enforce the debt — eg, garnishing wages, seizing goods, getting a charging order, bankruptcy of an individual or winding up of a company.

However, if the contract is a residential construction contract, the builder cannot have the adjudicator’s decision entered as a judgment. These empowering provisions are found in Part 4 of the Act, and section 10 of the Act states that Part 4 doesn’t apply to residential contracts.

The two cases referred to above had different outcomes.Both Trusts had a Mr and Mrs Trustee who intended to live in the house. Each had a third professional trustee who did not. In one case the contract was found to be a commercial contract and in the other was found to be residential.

As useful as the first outcome would be to builders, the RMBF still confirms that if any of the trustees are going to live in the house then it will be a residential contract.

This is because of the basic fact that “a Trust” is not a legal entity of itself — it is simply a collection of people who make certain promises and are bound by certain rules of law as to how they treat the assets they are entrusted with.

Both decisions come from the District Courts, and while they do not create precedent it is hoped that there will be some discussion at that level to enable a consistent approach to the issue, as it will no doubt arise again.

The restriction of the application of Part 4 to residential contracts also applies with respect to the ability to stop work, and to get a charging order on the property.

This is where the Registered Master Builders Residential Building Contract (RBC1 — 2008) can help. It has clauses that reserve that right to the builder. So be careful when clients’ lawyers want to delete them — they are there to protect you!