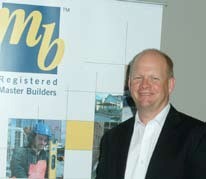 I recently attended the release of the new multi-use consents scheme (now named MultiProof) at Parliament. This is a system that will help a lot of builders achieve efficiency otherwise not available. In short, it should increase the speed of commencement for many new homes.

We all know “time is money”, and this is never truer than in building. This system allows those who repeat plans to have one approval and to re-use it throughout the same or other areas in New Zealand. However, there is a far wider use for this system, and that is the ability to standardise design and construction.

New Zealand is far too used to bespoke design and all the problems that this brings, such as lack of adaptability caused by a supply chain that has to build flexibility at every step. It’s important to note that the MultiProof approvals will not replace the requirement for consents, but they will greatly reduce the processing time required by councils because the structure will already be deemed to comply with the building code. Well done to the Minister on passing this through. I only hope it achieves all that we and you hope. The value of a home to NZ Inc It’s intrinsically Kiwi to want to own our own home. The hard part is ensuring that those homes remain affordable. Every Government over the decades has tended to play with the housing market. Why is this?

With talk of increasing interest rates, reinstating land tax (phased out in the late 1980s), resource management fees, increasing GST, reducing depreciation, and Capital Gains Tax on second homes — are these mechanisms really designed to keep a cap on house prices or will they continue to make owning homes further out of reach? We know the Government has to keep an eye on affordability but too much interference can have unintended consequences.

An example of this is what’s being experienced in Australia where more than half of the first home buyers who were enticed into the market with Government grants are forecast to fall into the mortgage stress category by the end of 2010.