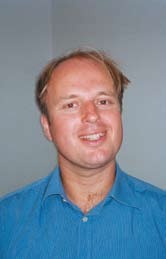 The Morton decision was a subsidence case where the plaintiffs claimed compensation for damage suffered by their dwellings, consequent upon the subsidence of the foundations of four ownership flats in Cutts Road. The defendants comprised the landowner and developer, two directors of that company, the engineer and the local authority responsible for issuing the permits. Personal involvement analysed The judge analysed the personal involvement and control in the construction work, in order to determine whether a personal duty of care could be established on behalf of the directors. The submissions were put to the judge on the basis that the directors had personal knowledge of the subsidence issues at the site and knew what steps had to be taken to guard against subsidence.

However, they directly chose not to put in place those features to guard against subsidence. Depending upon the different roles that the directors played in construction, Hardie Boys J imposed personal liability on the directors for different defects arising from the construction work. Directors not immune This decision was important in opening the door to personal liability for directors of companies in the construction industry, and in no uncertain terms holds that directors have no more immunity from committing common torts as a “humble employee”.

Advice was provided to Anderson to spray his raspberry crop with roundup which, whilst getting rid of unwanted couch grass, also completely destroyed the plaintiff’s raspberry crop. The Court of Appeal was asked to consider whether Mr Ivory was personally liable to Anderson. The basis for finding no personal duty of care owed by Mr Ivory was that he had assumed no personal responsibility for the advice given to Mr Anderson in respect of the spray to use. Personal responsibility Having said that, the Court of Appeal, while not finding Mr Ivory personally liable for the statements he made whilst performing the services that his company had contracted to perform, clearly stated that in certain circumstances a director could become personally liable for his acts, so long as he had accepted a personal responsibility for these acts.

It is within the realm of leaky building cases that the personal liability of directors has been argued the most frequently and most forcefully. This is no doubt because the unwitting leaky home owners often find themselves with no solvent developer, certifier or builder to recover their losses from. Therefore, they are forced to look at the individuals behind those companies.

The leaky building cases (with some exceptions), have found directors of construction companies personally liable for water ingress defects so long as the director has exercised sufficient control over the construction work, such that it could be said that they have caused/created the defect.