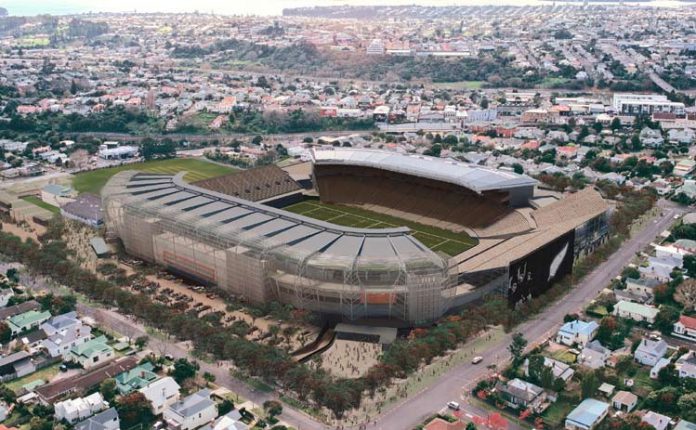 Eden Park has been a sports ground since 1900. It became home to Auckland Cricket in 1910 and to the Auckland Rugby Union in 1925. In 2011 it will be the principal venue for the Rugby World Cup, hosting the opening ceremony, first pool game, both semi-finals, third place play-off, and the final.

It is New Zealand’s largest sports arena with a current capacity of 42,000 for cricket and 47,500 for rugby. A $320 million makeover will increase that capacity to 60,000. All folk living south of the Bombays know that Jaffas never take the easy way when making decisions on public infrastructure, let alone paying for them. The tortuous process involved in choosing from one of Auckland’s different RWC stadia options and then getting the funding for the Eden Park upgrade are parts of a never-ending northern story.

But now the die is cast. Most of the money is to hand and the Eden Park Redevelopment Board is getting on with the job. These are the guys with overall responsibility for project management, design decisions and fund raising.

The park redevelopment has several distinct objectives. Central is a desire to deliver a stadium with an effective economic life of 50 years that is suitable for use by all Auckland recreational interests. Among the more visible enhancements will be: • a new, three-tier 21,500-seat South Stand with 50 corporate boxes to replace the old South and South West stands, • a new, unroofed, two-tier 8600-seat East Stand to replace the old eastern terraces, • a 2000-seat extension to the ASB Stand.

Inside, changes will be just as marked. An internal concourse will allow patrons to circulate inside the stadium and reach their seats from any of four corner entry plazas, as well as accessing a host of food and beverage outlets, toilets and all corporate areas. In short, people will no longer have to circle the surrounding streets to reach their seats.

Those who have followed the resource consent history will be aware of neighbours’ concerns about the height of the new structure and possible shading effects on nearby houses. In all, 91 conditions were imposed by the city council. Specifically, they allow the building of the new stands but not the original $385 million full covered seating option.

The development is well advanced. Concrete has already been poured for the third tier of the South Stand, a start has been made for the replacement of the former lighting tower with lights in the rooflines. So as to reduce light trespass, transparent panels are being fitted to the upper barrier of the South Stand to provide a soft exterior, and a start has been made on the acoustic barrier that will slot behind the stands to confine noise levels.

Still to come are the important landscaped green buffer zone that will replace asphalt and concrete and, hence, lessen the visual impact on local residents. The open plan streetscape will see removal of much of the perimeter fence, making the stadium more accessible. Public transport upgrades include a transport hub with a 12-stop bus drop-off and pick-up area that connects to all stands via the public concourse. A pedestrian bridge will link the stadium to Kingsland.