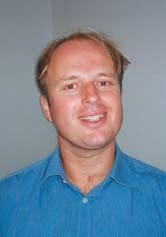 Background The High Court was considering an appeal by the builders, Boyd and Halliday, of the liability apportioned to them by the Weathertight Homes Tribunal (WHT). Boyd and Halliday had been employed as labour-only builders on a house found to be a leaky home.

Experts believed the causes of the water ingress included the absence of flashings on the curved windows, defective installation of cladding and poorly applied texture coating. Boyd and Halliday were working in a building partnership, and were contracted on a labour-only basis at a fixed price to work on the building.

The contract covered the carpentry work on site, including framing, installation of windows, erecting the gib board and attending to interior fit-out. The experts all agreed that the installation of the windows had been inadequate as no sealant or in-seal had been provided. This was not disputed by the builders. Appeal on liability and apportionment So why, then, did they believe they should not be held liable for issues arising from this defective work?

It was argued that the legal authorities were to the effect that subcontractors owe no duty of care to owners because, amongst other reasons, as subcontractors they were subject to inspection and direction of another. Counsel for the builders also contended that the house would have leaked anyway because of a problematic cladding system, inadequate plans and manual, absence of flashings from the plans, lack of proper inspection and a number of other faults which were not part of Boyd and Halliday’s responsibilities.

This argument was not accepted by the court. Justice Williams considered the issues and cases presented, and summarised some of these principles as follows: • The existence of a duty of care has evolved and, even now, is not fixed. But a potent factor in the decision is the assumption of responsibility to original buyers. • The assumption of responsibility (by a contractor) has always been an important feature, and may be seen to have gained greater importance over time.

It was this last point that swayed the appeal against the builders. The judge found that the builders assumed responsibility for installing the windows, the faulty installation of which was a prime cause of the house leaking.

A competent builder should have known that good trade practice is to achieve weathertightness, and to do that requires the installation of flashings on the windows even if they were not drawn in the plans.

A competent builder should have known that to achieve weathertightness, good trade practice and the manufacturer’s manual required the installation of sealant around the windows. Competent builders should have had the skills required in carrying out the work they undertook, so as to achieve weathertightness, this being a fundamental requirement of their statutory obligations.

Ultimately, the builders’ lack of experience, coupled with their lack of questioning, meant they were in breach of their obligations. Although the builders did make an enquiry of a supposed expert plasterer, it wasn’t deemed to be sufficient to explain for their failure to call for flashings and install them over the windows. No change to apportionment The court did not overturn the apportionments made by the Tribunal. The builders were held liable for 10% each, or 20% of the total. Justice Williams held that any lesser percentage would have had the effect of almost exonerating the builders when their actions or omissions were a significant cause of water ingress.

However, he also supported the argument that defects could have been corrected had Auckland City Council complied with its obligations. The council was, therefore, held as blameworthy as the builders, and also apportioned 20% of the total liability.