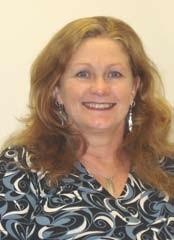 The issue of licensing is again building some momentum. Along with the release of the latest Department of Building and Housing (DBH) discussion document Cost-effective quality: next generation building control in New Zealand, there’s talk amongst builders concerned at the potential for increased exposure to litigation that may come with the licensing scheme and other changes.

The voracious appetite of local authorities for producer statements and the Act’s requirement for memoranda and/or certificates means that the LBP will be easily identifiable for the life of the building.

The stated intention of the DBH is that the liability exposure is no more and no less under a licensing regime than it is now. Builders have always been liable for the work they do. That liability was spelled out in the Building Act 2004 by the provision of implied warranties; the quid pro quo being the 10-year longstop provision that limited liability to 10 years after the work was done (rather than six years after the defect became apparent).

The Select Committee hearing submissions on the Bill amended section 88 (which contains the requirement for memoranda and/or certificates) in order to address “concerns over liability potentially being extended to individual employees of companies” (see p18 of the Select Committee report).

It now specifically states that the memorandum or certificate does not give rise to any additional liability by LBPs to owners of buildings that does not already exist, ie, any contractual or tortious liability that may arise is not affected in any way.

Who actually did the defective work is a question of fact, determined upon investigation of the building process. This happens now, whether or not the builder has signed any piece of paper.

Assuming a defect is proven, the party liable will depend upon their status vis-à-vis the client. If a company was the contracting party, it is liable to make good the defect. Of course “the company” doesn’t build houses — its employees (or contractors) do. Negligent acts of employees However, the company is vicariously liable for the negligent acts of its employees. Employees are entitled to be indemnified by their employers for acts they undertake in the course of their employment (unless they are so far off “on a frolic of their own”).

The employee is no less indemnified because they may be the holder of a licence that permits them to do a class of building work. Where an LBP signed off on someone else’s work that he supervised, he is assuming responsibility for that work. However, if they are both employees, they are indemnified by their employer.

If the LBP is an independent contractor, he assumes liability for his own work and is not indemnified by the company that contracted with the client. If the client sues the company, the company will join the contractor. He should have his own insurance to cover himself.

An LBP who is a director of the building company who then picks up a hammer/supervises the work of others may find them liable for their actions; again he should ensure he has insurance. No indemnity to fall back on The sense of concern about liability is heightened, due in part, to the recent practice in leaky building litigation where the contracting company has disappeared, to drag employee builders into court and hold them negligent, and they have no indemnity to fall back on.

The point is the liability exposure or otherwise of people who do building work is determined first by causation, and, second, their status as employee/contractor/director — not by whether or not they hold a licence. It’s really insurance, not liability per se, that is “the elephant in the room” when the effect on LBPs is being discussed.

Many practitioners, individual and corporate, in construction hold public liability insurance, and appreciate why they do.

Fewer hold professional indemnity insurance, and don’t appreciate why they should. We predict that many more will seek to buy such cover because of the increased exposure they feel they have as a result of the greater transparency and accountability that licensing will bring.

And that may come about as a result of the latest discussions around building controls.