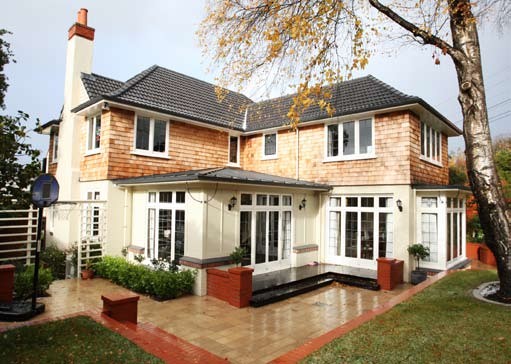 Owner/operator Mark Ward of Gray Bros Residential Builders could not have been prouder when his team took out the PlaceMakers Renovation $250,000 – $500,000 award in the Registered Master Builders 2009 House of the Year, in association with PlaceMakers.

The finished project not only pleased the team at Gray Bros Residential Builders but also impressed the competition’s judges, who described the development as a seamless integration of the old with the new.
“From the recycling and the reuse of bricks to match lead lighting in the new windows, the average person would walk into this home and not know what had been altered. That’s how well it has been executed,” the judges said.

The client approached Gray Bros Residential Builders after a referral from an architect in 2008. “It was an old property with great character, so we tried to save everything we could. It was important that the home was new but didn’t look as though there were unnatural additions,” Mr Ward says.

Mr Ward started with Gray Bros Residential Builders as a carpenter in 1996 and purchased the company eight years later. “I think my biggest challenge has been making the transition from being a builder to actually running the business. It’s been a great experience and it has certainly tested my skills,” he says. “It’s kind of ironic that I left school wanting to do something outdoors and now, 20 years later, I’m back in an office.”

Mr Ward uses the competition as one of the company’s main forms of marketing, and says it’s something his team is keen to put time and effort into. “It’s a great way to build up your company’s reputation. It doesn’t happen overnight, but it’s a good investment over time,” he says. “It shows people that you can achieve top results and lets them know you can meet a national standard.”

With one national award under his belt, Mr Ward is focusing on achieving more success in 2010. “Winning an award last year was such a great result for us and the client — the boys worked hard and everyone upheld an excellent standard. “2009 was a tough year for us, so this year we want to just focus on raising the bar and building to the best of our ability. We set our standards pretty high so the goal now is to try and exceed them,” Mr Ward says.