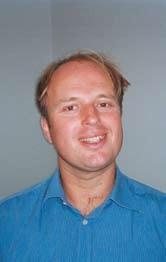 The High Court has recently considered the scope of the Weathertight Homes Tribunal in removing parties from proceedings. The result certainly raises the bar from current expectations. Background

Fenton, as trustees of a family trust who owned a leaky house, commenced a claim against a series of parties. Building Code Consultants Ltd (BCCL) was joined as an initial respondent, being a company who had been engaged to provide a building report. Mr Hailstone was subsequently joined as a party under a procedural order after he was identified as the author of the BCCL report.

In deciding the joinder application, the Tribunal had held that there was tenable evidence that Mr Hailston had breached a duty of care and, therefore, should be a party to the claim. Up until recently, parties would argue in a similar vein to be removed. That is, a party would apply to be removed based on there being a lack of tenability of evidence. Certainly, it was on this basis that when Mr Hailstone applied to be removed from the claim, the Tribunal did remove him. The Tribunal’s reasoning was along the lines of: “What is the likelihood of success of the [Fentons] against BCCL and Mr Hailstone? On the basis of the evidence outlined . . . extremely low.

“What was the nature and quality of the evidence indicating BCCL and Mr Hailstone’s liability?” The Tribunal regarded the evidence as “somewhat tenuous” and, therefore, considered it fair and appropriate to remove BCCL and Mr Hailstone from the proceedings. Fenton appealed. With parties to the claim falling by the wayside, Fenton appealed. The appeal was on the basis that where there are disputes as to facts, the Tribunal ought to have been bound to deal with the application to be removed on the basis that the facts pleaded by the Fentons were correct, which the Tribunal had failed to do.

The High Court therefore considered what the Tribunal should consider in deciding whether to remove a party. The High Court, for example, is subject to a striking out test as detailed in the High Court Rules.

By contrast, the language of the Act is broad enough to initially suggest that the Tribunal’s scope is wider than the courts. The High Court rejected this idea. Justice Cooper held that where it is sought to remove respondents on the basis that “there is no reasonably arguable cause of action against them, the Tribunal must apply the same approach as that applied by the High and District Courts.

That means there is no duty on the claimant to provide evidence directed to that question, because the question must be answered on the basis that the pleaded facts are correct”. The High Court therefore reversed the decision of the Tribunal, and Mr Hailston and BCCL again found themselves parties to the Fenton claim. What does this mean for you?

This means that the test for removal in the WHT is exactly the same as a strike out application in the court. This test is stricter than raising sufficient doubts around tenability of evidence. If you have become a party to a WHT matter, you will need to be realistic. You are likely to be involved for the entire journey, rather than let out at some stage prior to adjudication.

If you do still wish to seek to be removed, you should: • plead your opposition carefully. Disputed facts alone will not be sufficient to have you removed from the proceedings, even if the facts set out in the claim ultimately are proven to be incorrect. You effectively need to show that on the claimant’s evidence, the claim could never succeed. • get legal support. There may still be legal grounds you can use as a basis to getting removed.