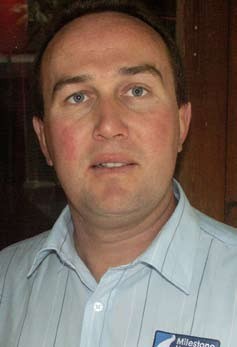 Milestone Homes general manager Stephen Murray has slammed the government for fuelling insecurity among property investors, warning it will increase pressure for housing demand.Mr Murray says for months now the Government has been tipping changes to the way property investment is taxed.

“Its failure to provide any clear direction about those changes has damaged confidence in the market.” His comment comes in the wake of a dramatic fall in the number of building consents authorised between February and March. The trend had been increasing since March 2009.

Mr Murray says large-scale developers and mom and pop investors alike have been holding back on building. “They’re understandably nervous about putting money into bricks and mortar because they simply don’t know how the Budget announcement will affect their investments. “And if they aren’t building houses, who will build the homes for New Zealanders we know the country so desperately needs?”

Last year the Tax Working Group recommended a number of options to curtail New Zealanders’ passion for property investment. That’s not what the economy needs, at a time when the residential construction industry is one of the few sectors driving its recovery, Mr Murray says.

“The construction industry is worth billions every year. And we know the country is crying out for more affordable homes as the present level of house building is not enough to meet the growth in population. “Yet the majority of market activity is being driven by existing home owners and first-home buyers, rather than investors. “Milestone Homes appreciates the work under way for regulatory reform in our sector, which will go some way to removing red tape around building new homes. At the same time, the

Government is undermining that work by tinkering with the tax system,” Mr Murray says. “We urge finance minister Bill English to give investors some answers, and put an end to the indecision so we can get on with building the houses New Zealand needs.”