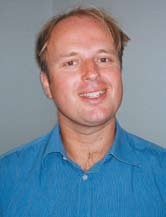 In the High Court decision of Body Corporate 188529 and Others v North Shore City Council and Others [2008] 3 NZLR 479 (the “Sunset Terraces” case), the North Shore City Council was held liable for breaching its duties to home owners in carrying out its statutory functions under the Building Act 1991 in respect of a multi-unit apartment development.

Justice Heath held that “a territorial authority owes a duty of care to anyone who acquires a unit, the intended use of which has been disclosed as residential in the plans and specifications submitted with the building consent application, or is known to the council to be for that end purpose”.

The council appealed to the Court of Appeal and attempted to limit this duty of care when carrying out these statutory functions to only owner/occupiers of “stand-alone” leaky properties, rather than having that duty extend to “investors” and “multi-unit” apartment complex home owners.

The Court of Appeal confirmed the High Court position, and rejected the council’s argument. Hence, the duty will extend to investors and home owners of multi-unit apartments so long as the intended end use is residential. The council has now applied (and has been granted) leave to appeal this aspect of the case to the Supreme Court for a final determination. Issues for determination

The following issues will be dealt with by the Supreme Court: • Whether, and in what circumstances, a local authority which performed regulatory functions under the Building Act 1991 in relation to the construction of a multi-unit residential development owed a duty of care to purchasers of units in the building to ensure that it complied with the building code. • Assuming the above duty exists, whether it extends to such persons who did not themselves, at the time of purchase, intend personally to occupy their unit(s) (investor owners), or persons who subsequently acquired such units from the first purchasers after a claim for breach of duty to their predecessors had accrued. • In light of the conclusions reached on the above grounds, how these issues should be determined in the particular cases. Importance of the council’s appeal