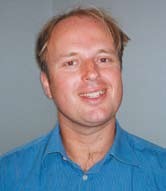 A useful reminder of the effect of limitation periods has emerged from the recent case of Auckland Christian Mandarin Church Trust Board v Canam Construction (1955) Ltd (HC 25/6/2010; Priestley J, Auckland, CIV-2008-404-8526). His Honour highlighted the range of dates to be considered in determining the end date to a construction period.

In particular, the date of issue of the code of compliance certificate (CCC) is not necessarily the relevant date to work from for the purposes of calculating limitation periods relating to construction contracts. Background

Auckland Christian Mandarin Church Trust Board (ACMH) entered into a contract with Canam Construction (1955) Ltd (Canam) on November 14, 1997, for the design and construction of a church in Henderson. Construction of the church was completed in the second half of 1998. ACMH took possession of the building in June 1998 and advised Canam of minor defects, including various minor leaks.

Canam practically completed the building on approximately August 8, 1998. Canam then entered into a three-month contractual maintenance period. The Waitakere City Council completed its final inspection in October 1998, then recorded that all outstanding certificates had been completed on December 14, 1998. The CCC was issued by Waitakere City Council on January 7, 1999.

As part of the original contract between ACMH and Canam, Canam was obliged to provide a two-year guarantee for the cladding, and rectify any notified defects. ACMH did not make final payment for the construction works until May 1999. Between 2000 and 2003, water leakage problems were discovered. After initially carrying out some minor repairs, persistent problems resulted in extensive remedial work being carried out in 2005.

ACMH filed the proceeding against Canam (and a director of Canam) on December 19, 2008. The relevant causes of action by ACMH against Canam included: • Canam had breached its contract by failing to construct the church in accordance with the Building Act 1991 and Building Code, • negligence by Canam in their design and construction of the church, and  • negligence and misstatement by Canam relating to the advice provided, and repairs carried out by Canam when the problems with the church building became apparent. What dates should be applied?

Alternatively, they argued the 10-year period might not have begun to run until the date the final payment under the contract was made in May 1999. Given the December 2008 filing date, each of these interpretations would have meant the proceeding was filed just within the 10-year period. Unfortunately for ACMH, Justice Priestley took a different approach. In his view, Canam had completed its contractual obligations by August 8, 1998 and, certainly, by the time the council conducted its inspections in October 1998.

The date applied by his Honour was actually November 28, 1998, the date by which Canam had responded to all outstanding council queries. However, he did acknowledge that from ACMH’s perspective, the best possible date could actually be the date of final inspection, that being December 14, 1998. The date of actual issue of the CCC was not deemed to be relevant.

Given that the proceeding was filed on December 18, 2008, s 4(1) of the Limitation Act 1950 and s 91(2) of the Building Act 1991 provided a statutory defence for Canam against ACMH’s first cause of action and, therefore, it was struck out. It is worth noting that in this case ACMH did not raise any allegations against Canam in respect of any remedial work, only the original contract. Other causes of action against Canam

ACMH also failed in its cause of action against Canam for negligence in their design and construction of the church. This cause of action was dismissed on the basis that New Zealand law does not currently permit a cause of action in negligence against a builder for an alleged breach of duty of care to the owner of a commercial building or to a church owner.

ACMH was requested to replead the particulars for negligence and misstatement by Canam relating to the advice and repairs carried out by Canam when the problems with the church building became apparent. The reason for this order was that his Honour saw difficulties in ACMH being successful with the claims as pleaded.