Home Latest News Security of payment — still on the agenda 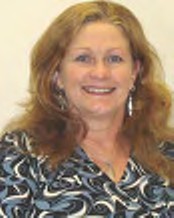 As a result of submissions made to the Building Act Review by many in the industry, the Government has agreed to review the Construction Contracts Act 2002 (CCA). There are many minor amendments that can be made to improve the operation of that Act — no wholesale change is required. But it does give an opportunity to renew discussion on an issue that wasn’t addressed in 2002 — that of “security of payment” between the principal and the head contractor.

The repeal of the Wages Protection and Contractors’ Lien Act 1939 took away contractors’ rights to require monies to be held to ensure payment and the option of placing a lien on the land itself.

While the CCA has, in part, remedied this by providing a charging order regime (except in residential contracts), the payment issue has been left to conditions of contract. Cash flows down the contractual chain, from the principal to the head contractor to the subcontractor. The usual practice of head contractors vis-à-vis subcontractors prior to the enactment of the Act was to rely on “paid when paid” clauses — ie, you get paid when I get paid.

The CCA outlawed pay-when-paid clauses, so regardless of whether the head contractor was paid, it had to pay the subcontractors. Despite many submissions to the Construction Contracts Bill asking for mandatory payment security, the Finance and Expenditure Select Committee declined to consider it, stating that it was “too late” in the process to consider it and/or that any such proposals would be too costly to the industry.

This ignores that the routine bonding of contractors to clients, and situations where the client fails to pay, are already a huge cost to industry. The problem still exists that if the person who commissioned the project in the first place — the principal — fails to ensure that the whole of the contract price is available, then the burden of payment still falls on the head contractor.

To ensure the cash is actually there to complete a contract, some form of security of payment is required. The Construction Industry Council (CIC) has put together a group to consider and lobby for amendments to the Act, and the issue of security of payment may well get another airing. The CIC advocated to BRANZ’s Building Research Advisory Council, which recommended to the BRANZ Board that a fact base on “security of payment” issues needed to be established.

You may well have seen an invitation to participate in a survey on this arrive by email. I hope you did! The short time frame that it was available was unfortunate but necessary as a result of the deadline given to the Review Group by the Department of Building and Housing (DBH). The purpose of the survey was to get a feel for whether there was (is still) a problem for contractors with “getting paid”. Anecdotally, organisations in the sector agreed that there was a problem with not getting paid. But was it really widespread, and how big was it? A web-based survey funded by BRANZ was emailed out, via the Registered Master Builders Federation, Certified Builders, Contractors and Specialist Trades Federations to approximately

When asked what they thought the cause of the non-payment was, 15% said the principal/client went into liquidation/receivership, 13% said it was because others were paid before them, the same number said the client wasn’t satisfied with the work, and in 9% of cases the client was waiting on a loan to arrive. A concerning 14% of respondents said they didn’t know why they weren’t paid.

The survey seems to illustrate that there are still a large number of contractors who are having problems. Of the 351 companies who have reported issues, over five years between them they have lost at least $19 million. The 4% at the top end have lost at least $7 million between them. Other information gleaned from the survey is quite reassuring. It shows that of those reporting a problem, over two thirds had issued their payment claims in accordance with the Act, suggesting a good level of knowledge of it.

But they are still obviously reluctant to use the legal processes that the CCA gives them — less than 20% had used adjudication or court processes. The survey appears to show that security of payment is still a “live issue” for many in the industry, and that it is affecting the residential sector (as much or more than the commercial sector), and that the sums of money being lost are far from inconsequential — exceeding $250,000 in a significant number of single-job instances.

This information is now in the hands of the DBH and will be considered as part of the CCA review. Where it gets to in the face of a tight legislative agenda, and an election year next year, is uncertain.