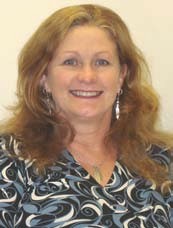 In another decision that illustrates just how tricky it can be to keep the contractor/employee distinction clear, a full bench of the Employment Court held that a labour hire company employee who exclusively provided temporary services to a particular client could also have been an employee of that client (McDonald v Ontrack Infrastructure Ltd and Allied Workforce Ltd).

The decision may make it possible for a worker employed by a labour-for-hire service to argue that they were actually an employee of that other party, and to assert employment rights against the other party.

This scenario will be of interest to builders who, from time to time, need extra help and use labour hire companies for filling the gap. Sometimes these jobs can stretch out, and sometimes the contracted labour might be used on subsequent jobs while the builder decides whether or not he actually needs another full-time employee. Whatever the case may be, this decision could have important implications for builders.  The facts of the case Allied Work Force provided labour hire services to Ontrack to cover its temporary work requirements. Allied employed McDonald under a written employment agreement. McDonald was one of two Allied employees working in a team of 11 on repairing railway lines. The other nine were Ontrack employees.

This arrangement is called a “triangular arrangement”, and they are not uncommon. When extra help is required they are a useful tool to get workers on site on a permanent basis or for casual relief as and when required. McDonald worked with Ontrack for approximately eight months then his placement was terminated. McDonald argued that over this time an implied employment agreement came into existence between him and Ontrack, and that termination of the placement amounted to his unjustifiable dismissal.

Both Allied and Ontrack argued that there was no employment agreement or contract of any nature between Ontrack and McDonald. He was an employee of Allied Workforce alone and, therefore, had no right to pursue a grievance against Ontrack under the ERA.

The court applied the statutory definition of “employee” under section 6 of the ERA which requires looking into the “real nature of the relationship” between the parties and considering “all relevant matters”.

The fundamental question was whether there was a contract at all between McDonald and Ontrack. The court examined the contractual documentation in place at the outset of the placement, and then considered whether the parties’ communications or actions could have had the effect of turning the relationship into something different.

The court stated that a contract of service (an employment contract) could arise by mutual assent of the parties where they demonstrated an intention to create contractual relations, as has been found in other jurisdictions.

However, the court avoided developing any formal doctrine of “implied triangular employment relationships” by saying that the issue as to whether a contract of service existed was based on the facts of each case, and each should be determined accordingly.

The case was sent back to a single Court Judge to examine the facts, and determine whether there was a contract of service between McDonald and Allied’s client. If the court finds there was an employment contract, McDonald will be allowed to pursue an unjustifiable dismissal claim against the client company based on its termination of his placement, and seek reinstatement there if he is successful. What you can do

To minimise the risk of “unintended” employment, you should: • review the contract given to you by labour providers and ensure it expressly states that the parties intend all individuals performing the work should be employees of the provider alone, and not your firm.

You might decide to make the hire agreements conditional on the provider’s worker’s acceptance (having obtained legal advice) that they will not be or become employees of the end user. • have a meeting at the outset between yourself, the labour provider and the worker to discuss and confirm arrangements between you. You might consider recording these discussions, particularly the nature of respective relationships between the parties as agreed. • ensure that the provided workers are assigned to other entities during a placement rather than requiring their services on an exclusive basis. • be really careful not to give any indication, by words or conduct, that there may be more work, or more regular work. You want to avoid setting up an express or implied contract of service with the worker

• always take up any issues with the provided worker — including their pay, management, discipline and dismissal — only with their employer, and not with them directly. • avoid requesting workers to undertake work which has not been directed or arranged by the employer. • ensure any equipment needed is provided (where possible) by the worker or their employer (except for any specialist safety equipment which the end user company should supply).