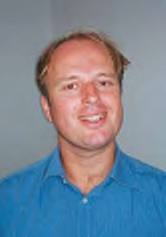 In a recent appeal from the District Court, Justice Potter unequivocally overturns a District Court decision, holding the trustees personally liable, even where these trustees purport to contract in the name of a trust.

The respondent Ms Scott, and her then partner Mr Irvine, purchased a property at 2 Maruia Place, Tauranga, in 1998. They carried out extensive building works to the property in the late 1990s/early 2000. No building permit, nor a code compliance certificate, was obtained.

In 2004, the appellant, Ms Ellison, purchased the property. She subsequently found that the construction of the lower storey was significantly defective, and had been carried out without a permit.

Proceedings were issued in the District Court seeking $170,000. The respondent filed an application for summary judgment in the District Court asserting that the plaintiff’s claim could not succeed as all building work was done prior to the property being transferred to the Trust. Claim could ‘never succeed’ The District Court judge found that the claim against Ms Scott could never succeed, and summary judgment was entered in Ms Scott’s favour. On appeal, the High Court considered the agreement for sale and purchase. It was the standard ADLS form. The vendor was named as the RM Scott Family Trust (Raewyn Marie Scott & JSB Trustees Ltd as trustees).

The purchaser was named as Lindy Jane Ellison. Clause 6.2(5) of that agreement contained the standard warranty by the vendor that building work completed by the vendor had been carried out with a consent, in compliance with that consent, and a code compliance certificate had been issued.

It continued to argue that Ms Scott was personally liable on the contract, even if contracting as a trustee only. She had not limited her liability in any way and she was liable to the appellant. The High Court judge ultimately accepted all of these submissions. She was drawn to the following comments on trusts generally by Underhill and Hayton: “It is the trustee who sues third parties or is sued by third parties in relation to the trust property, the trust unlike a company, having no legal personality.” She was also drawn to these comments by Garrow and Kelly: . . . “the correct legal categorisation is that a trust is a “fiduciary relationship”, not an entity in its own right. In other words, the trustees hold property in their own names but subject to the rights of the beneficiaries . . .”

She then went on to consider the District Court decision. She saw the fundamental flaw in the District Court decision being the judge’s conclusion that the purchaser could only have intended to contract with the named trust acting through its specified trustees. She held that a trust is no separate legal entity that acts through its specified trustees. The trustees were the legal entities who are competent to enter into the contract. She said Ms

Ellison intended to contract with the trustees personally, or there was no agreement at all. She held that the vendors under the agreement were Ms Scott and JSB Trustees Ltd. They were jointly and severally liable in respect of the contractual obligations of the vendor under the agreement because, as trustees, they were joint tenants, and because clause 3.1 of the agreement so provides. If they had intended that there be any limit on their contractual liability then they had to provide for it, but they did not. Ground-breaking finding

A more ground-breaking finding made by Justice Potter was that JSB Trustees Ltd, by providing the warranty along with Ms Scott at the time of signing the agreement for sale and purchase, was effectively giving the warranty in respect of work that was completed prior to the assumption of the trustee’s office. This finding will have severe ramifications if generally followed by the courts moving forward. If applied generally, it could mean that vendors are liable for all building works that were completed on a property.

Common sense suggests though that this finding will be limited to the facts of this particular case where at least one trustee was a registered proprietor whilst the relevant building works were completed. The lesson to be learnt from this decision is to be wary of signing documents as a trustee of a trust, for unless you limit your liability to the assets of the trust, you will find you are personally liable under such a contract. • NB: I note that the most recent form of ADLS agreement for sale and purchase contains a specific clause limiting liability, namely 15.0.