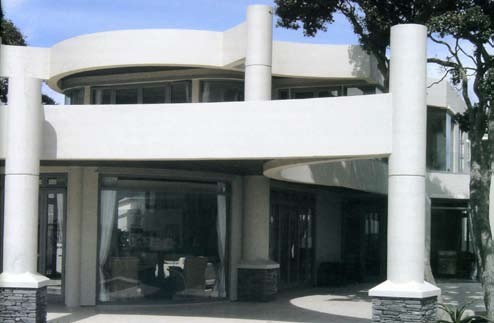 The House of the Year competition was in its infancy when Gary Bonham of Bonham Builders & Management Ltd first joined Registered Master Builders. Mr Bonham joined to give his clients a sense of security and a sense of satisfaction that they had made the right choice.

“There is so much negativity around the building industry and there is a great need to lift the image of building, but being a Registered Master Builder makes a big difference,” Mr Bonham says. “It takes a huge amount of work to be a builder, and that needs to be recognised.”

Bonham Builders Ltd has had a great deal of success in its time, winning a number of awards since 2004, which is why the company was presented with a Platinum Award at the Registered Master Builders 2010 House of the Year and RMB Commercial Project Awards, in association with PlaceMakers. The prestigious Platinum Award was presented for the first time at the 2010 national gala to those companies that achieved five or more national titles over the years of the competition.

Mr Bonham and his team took out their first national title in 2004, with the property also winning the esteemed Supreme House of the Year Award. The company won the New Homes over $1million category and the Mico Bathrooms Award in 2004, and in 2008 it won the PlaceMakers Renovation over $500,000 category, as well as the Future Proof Building Award — all at national level.

“It was really special to have won the Platinum Award. It had been a tough year for the business — we’d even had to trim staff — so we really appreciated being asked along to the event. “The award now takes a special place in my lounge next to my 2004 Supreme Award,” Mr Bonham says. He encourages Registered Master Builders to enter the competition, but says when considering entering, make sure the product is of the highest standard.

“Make sure you’ve got an exceptional product — you need something special if you’re going to enter. Every year the competition grows, and the entries get a lot better,” he says. “The competition as a whole is superbly run, and it was a great night at the gala dinner.”

Mr Bonham says winning a House of the Year award is a real advantage in the industry. “It gives us an edge when competing for jobs, and it lifts our image. There is a lot of mana surrounding the competition, and people have come to recognise our name because of it,” he says.

“It has had a huge bearing on being able to score a job.” But, it is not just those in the building industry that Mr Bonham is out to impress. “If you do win it, it certainly makes your mother proud.”

The Awards are made possible through the support of principal sponsor PlaceMakers, and supporting sponsors James Hardie, Gib Living Solutions®, Pink® Batts® Ultra® (Tasman Insulation), Nulook and the Department of Building and Housing.

Entries have now closed for the Registered Master Builders 2011 House of the Year and RMB Commercial Project Awards, in association with PlaceMakers.

For information about the competition, visit the RMBF web site atwww.masterbuilder.org.nz.