Home Latest News The importance of the Code Compliance Certificate 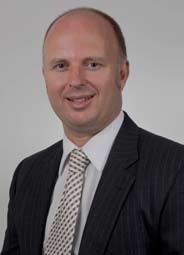 The issuing of the consent and all relevant inspections, including the final inspection, had been carried out more than 10 years before the proceedings had been brought by the Campbells. So the sole basis that they could allege negligence against the council was on the basis of the negligent issue of a CCC.

This hearing was an interlocutory one only, and arose out of the council bringing a summary judgment. The council argued among other matters that: • the concept of general or community reliance does not apply to certificates, and • the Campbells cannot argue specific reliance upon the Certificate and, therefore, its issue is not causative of any loss.

The onus was upon the council to show that the Campbells could not succeed in any action pleaded as it was a summary judgment application by it. Community reliance on certificates On this argument, the court ruled that the effect of a CCC is that it is certification on behalf of the council that all its obligations have been fulfilled. It held that it is an assurance of performance. It confirms that it has occurred.

At paragraph 11, Associate Judge Christiansen states: “If it is the council’s contention that the Certificate is a somewhat formal document to confirm that only previous inspections and consents have been done/given, then I think that submission is wrong. It is certification, it gives certainty, that a territorial authority’s obligations have throughout been attended to. Its existence is important to those who rely upon it. It is a document by which council’s obligations in connection with the actions certified, can be judged.”

The council argued that the Campbells were committed to purchasing the property before the CCC was issued, thus no loss had flowed from the issue of the CCC as they suffered loss on the date the sale went unconditional. Further, they argued that the obligation to supply a CCC prior to purchase was not a condition precedent to the sale proceeding.

This submission was quickly dismissed by the court. Prior to the settlement proceeding, the Campbells had received an assurance from the council that a CCC would be issued in respect of the house.

There was in existence a Certificate Memorandum recording that the property had passed a final inspection on March 30, 1999. Associate Judge Christiansen also considered that the supply of the CCC was a condition of the finance, and the sale was, in turn, conditional on finance being approved.

So in effect, the sale was conditional on this CCC being issued, and the Campbells, together with the bank, had the assurance this would be issued, by way of a representation by a council officer, together with a Certificate Memorandum stating that the house had passed its final inspection.

In conclusion, the court ruled that there was, in fact, on the evidence, an arguable claim against the council, based upon the negligent issue of the CCC. The summary judgment application was dismissed. This case importantly states that a CCC is not just a certification of the council work that has gone before it, and where it has been negligently issued, the council will attract liability.