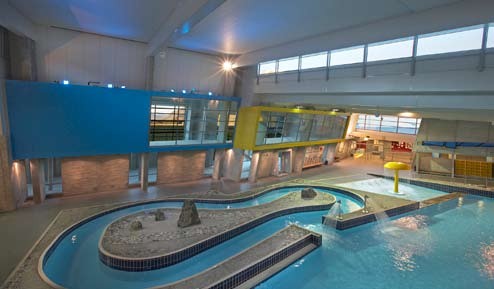 PlaceMakers 2010 House of the Year and RMB Commercial Project Awards.

Naylor Love has been one of the most successful companies in the competition, and managing director Don Stock puts it down to the company’s strategy of aiming to be the best in the business. “When you have a strategy you should align everything in the business to achieving it. Entering and winning in this competition is a reaffirmation of our goals for our own internal people,” Mr Stock says. “There is a certain consistency in our performance. We don’t just have a lucky break and fluke a really good project.”

While the company don’t like to blow their own trumpet too much, Mr Stock says people do notice their achievements and the company does talk about its awards in proposals. “We aim to be the leading construction contractor in New Zealand — where leading is the best, not the biggest — and the RMB Commercial Project Awards provide one way of demonstrating that,” he says.

Naylor Love has aligned itself with Registered Master Builders because of its strong belief in quality. “An organisation like the Registered Master Builders Federation (RMBF) is there to promote a set of standards and make sure that those standards are maintained in the industry. We support quality and professionalism, and we believe that’s what the RMBF stands for,” Mr Stock says.

Naylor Love has been producing competition-quality projects, at least for the RMB Commercial Project Awards, since 2003 when it won the Commercial Award over $1 million category for the University of Otago Information Services Building in Dunedin.

The company earned its Platinum status in 2009 when it took out three more awards — the RMB 2009 Commercial Project of the Year and the Tourism and Leisure Project for the incredible Alpine Aqualand in Queenstown, as well as the Health Project for Mercy Hospital in Dunedin.

Judges said the Alpine Aqualand project stood out because of how well the building reflects its surrounding environment, its high degree of complexity and the outstanding level of workmanship. “This project is not a conventional build, and would have required a vast degree of planning,” judges said.

With six entries in the 2011 competition — two each in Auckland, Wellington and the Southern Region — the team at Naylor Love is keen to prove its skills again. The Awards are made possible through the support of principal sponsor PlaceMakers, and supporting sponsors James Hardie, Gib Living ®, Pink® Batts® Ultra® (Tasman Insulation),

Nulook and the Department of Building and Housing.

For more information about the competition, go to www.masterbuilder.org.nz.