Home Latest News Mediation — promoted as ‘diametrically opposite’ to the court process? 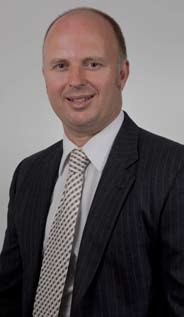 She was critical of the following aspects of the pro-ADR argument: • Mediation is promoted as a much better alternative to court on the basis that litigation is always expensive, unpleasant and unnecessary. • It is also promoted as being a process that is diametrically opposite to the court process. • She was critical of mediators promoting themselves on the basis of their settlement percentage rates, which infer they have an interest in reaching some form of settlement. • She believed that mediation had a place, but within the court litigation process, with the law standing in the shadow of it as it was needed in any event to facilitate settlement. • She was critical of parties being kept in a room for as long as it took to get a settlement achieved, which often happened in the early hours of the morning when parties were too exhausted to make good decisions. • She did not think it was too bold to say that the outcome of mediation is often shaped by the particular power balance at mediation.

She was quoted as saying: “Fundamentally, I suggest that mediators should step back from committing to achieve settlement, and focus on creating an environment in which good and lasting settlements can be reached. Encouragement to settle should never become pressure (however applied), nor should technique be allowed to become manipulation.”

The writer has been attending mediations, primarily in the leaky building context, since 2003. Certainly, at the first mediations I attended, there seemed to be a higher frequency of settlement than perhaps there is today. Looking back over the past 10 years, it seems that participants that had counsel well versed in the usual mechanisms/techniques applied at mediation often came out of the process a lot better off than how they might have fared in court.

Sometimes those mediations have gone on very late into the night, and perhaps fatigue, hunger and emotion have factored into some of the settlement decisions made by parties to the litigation.

In more recent times, most participants in mediation are well versed in the arts and techniques of mediation. I suspect that the settlement rates of mediations have come back somewhat from those earlier halcyon days. Certainly, over the past 24 months, I have felt there is a need for a hybrid to follow on from pure mediation. Just as the law should stand in the shadow of any good settlement, I believe clear findings of fact would also assist the mediation process.

In a typical leaky building mediation the participants arrive at a day-long mediation with the following facts unresolved: • The cost of repair, • The need for a total reclad versus a targeted repair, • The causes of water ingress, and the repairs that flow from each defect, and • The construction trades that have contributed to those defects.

There are a number of other facts that are unresolved, but it is conceded that those not mentioned are not practicable to be resolved prior to mediation. It seems to me that if the participants were able to arrive at mediation armed with this information then, from there, settlement may well be more easily reached. Grappling with issues

A significant amount of time is used at mediation grappling with these issues, and less time is actually spent on addressing issues of liability and, instead, on negotiation. Whilst expert conferences in the Weathertight Homes Tribunal, or expert panels in the High Court, purport to decide some or all of these factual issues, too often they occur after the ADR process of mediation/judicial settlement conference has been completed — thus their factual decisions do not assist the reaching of a settlement.

It is this firm’s view that some form of mini-hearing upon key issues prior to mediation/judicial settlement conference taking place is the future for ADR processes in the context of construction disputes. Note: This article is not intended to be legal advice (nor a substitute for legal advice). No responsibility or liability is accepted by Legal Vision to anyone who relies on the information contained in this article.