Home Industry News Forgotten lessons of the past 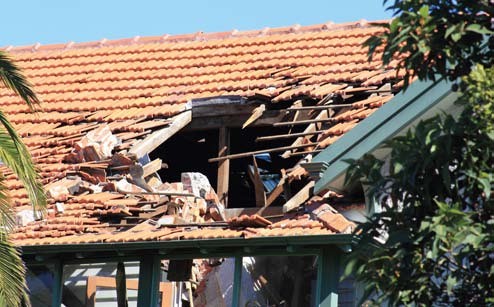 That was one of the main findings of Wayne Brown, a trained civil/structural engineer and mayor of the Far North. Mr Brown was part of Operation Suburb, which involved a team of 400 building inspectors and 300 welfare officers visiting all homes in the affected suburbs to assess damage following the February 22 earthquake.

Building inspectors red-stickered any dangerous or uninhabitable homes, and Mr Brown was one of a group of 12 engineers that provided follow-up to further assess borderline, tricky or dangerous structures and land subsidences, and to confirm or remove the red stickers.

Following that work during the first week of March, Mr Brown produced a report to Christchurch mayor Bob Parker and the Minister for Building and Construction Maurice Williamson, outlining his findings.

In it, he says: “Simply put, house damage fell into some obvious categories and some simple rules were agreed among the engineers that would have reduced the damage cost by billions if they had been in place. “Flexible structures performed way better than rigid ones and the choice of cladding made a big difference. Earthquake responses are worse with increased structure weight, particularly weight up high.

“Heavy roof tiles and brick chimneys consistently failed, and as they fell they created more damage and danger to anyone below. Conversely, corrugated iron roofs performed well, even when the chimneys fell as they kept the inhabitants safe. “If this had been at night many would have died from falling tiles and chimney bricks. Why not ban both and use iron roofs and steel chimney flues?”

“Remove heavy roofs such as concrete tiles and replace them with lightweight materials such as steel.” The report also recommends that larger brick and masonry buildings can be earthquake-strengthened by either internal steel bracing or an external steel frame. Another report, compiled by Professor Andy Buchanan and Michael Newcombe of the University of Canterbury, points out the damage done by falling chimneys, and how metal roofs were better able to withstand the impacts.

Their report says: “The most common type of damage for older buildings (more than 15 years old) was chimney collapse. This occurred in many thousands of buildings. “Falling chimneys could be interpreted as a violation of the ‘life-safety’ criterion required by New Zealand Standard (NZS1170.5:2004) for current building seismic design. Falling chimneys resulted in damage or piercing of the surrounding roof structure, damage to neighbouring properties and vehicles but (luckily) no loss of life.

“Chimney collapse on to corrugated steel roofing often caused no further damage, depending on the height of the chimney, but some fell through the roof or caused rafter failure. “Chimneys falling on to tile roofs (concrete or clay tiles, or slate roofs) more often fell through into the house, sometimes causing further structural damage and potential loss of life.” The experience in the United States has been the same where structural and civil engineers in Southern California say home builders and home owners should increase their use of lighter weight roofing systems.

“When you put a heavy mass on your home, like a concrete roof versus lightweight steel or cedar shake, it causes problems when the ground shakes,” said James A Bihr, a structural engineer and co-author of a study on the effects of the 6.8 Northridge earthquake on residential roofs in 1994. The study, conducted by The McMullen Company, said lightweight materials “tended to withstand shaking and appeared to not contribute to other structural damage”.

Yet hundreds of heavy tile roofs were damaged “where no other significant structural damage was obvious”. In Mr Brown’s report, under a section titled Forgotten Lessons of the Past, he makes this point: “ECANZ have posters reminding of the swarm of earthquakes that damaged Christchurch Cathedral in the 1859 to 1870 period, yet it was widely reported that only the recent earthquakes have had this effect.

“Locals built in timber frame and iron roofs for the 50 years following those 1870 earthquakes but, slowly, they forgot and moved to brick and tile with tragic consequences. “The lesson of the metal chimney flue doesn’t seem to have made it south into Canterbury, yet these brick chimneys virtually all failed, often landing in the upstairs bedrooms.” Also in the report in the section titled Restoration Recommendations, Mr Brown observes: “Many houses with timber frames but tile roofs and brick veneers looked dreadfully damaged after the walls had fallen off and the tiles had fallen through the roof structure but, in many ways, these houses have been made much safer than they were.

“There are thousands of houses in this situation, and it would be a waste to demolish these. Repairs are relatively simple. Reclad the roofs in corrugated iron (or if they must have tiles, use metal tile strips). This requires no structural change as this is a much lighter solution.” Mr Brown goes on to make these points about the Building Code: “From this operation it is clear that complicated codes of recent years were of little benefit as they simply had not been followed or, most likely, not even understood or in wide public acceptance.

“Simple, sensible, widely accepted rules would have done far more good than toughening up what is already a laughably long and complicated residential building code that concentrates on the wrong things. “This earthquake has focused us all on what really matters, and that is the choice of safe, reliable, easily built and inspected building products and systems. “The excellent performance of very old timber frame, corrugated iron houses that precede any current building code proves this. Good structural performance of houses was not code-related, but was impacted by the type of structure and the cladding and roofing choices, and the flexible ones proved the best.

“The recent code’s fixation on 50-year reliability has produced unexpected, unwanted poor results (a lot of houses didn’t last 50 years), and was probably behind the widespread use of concrete floors in the low lying flat suburbs that suffered from liquefaction. “If timber subfloor structures had been used that were designed for easy, re-levelling post-ground movement, they probably would be disallowed under the 50-year rule. This needs a revisit.”

Mr Brown also worries that mistakes of the past may be repeated if the insurance industry insists on sticking to the letter of agreements for replacement cover of damaged housing. He says “it would seem unwise to replace a failed brick veneer and tile roof with the same products that have performed so poorly. Surely a better result is a reclad in weatherboards and a corrugated iron roof, but it is possible that the insurance contract wording might work against this.” However, having sighted the report, the Insurance Council of New Zealand says it would expect insurers to work with home owners for the best possible outcome, and contracts could be reworded to guard against any future events. • Wayne Brown is a trained civil/structural engineer, founder of Brown and Thomson Consulting Engineers of Northland and Auckland, owner of a construction company specialising in domestic construction, house removal and restoration of Historic Places listed buildings.
He is experienced in post-disaster engineering reporting, and is also the mayor of the Far North. He has extensive experience at chairman level of large infrastructure companies that have experienced major failures before his arrival, such as Vector, Transpower and the LTSA.
He has designed and developed a number of projects in Christchurch, including Hoyts on Moorehouse. • Story courtesy of Scope magazine.