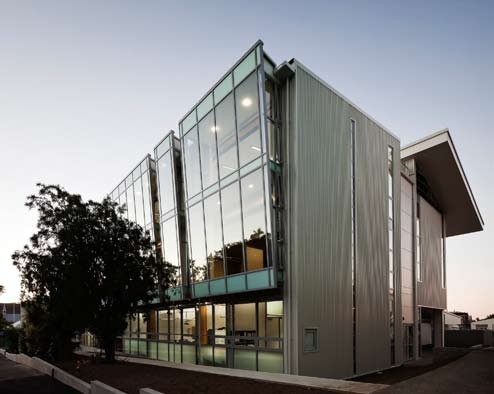 The three-storey, seismically-protected timber structure was entirely built from locally grown and fabricated laminated veneer lumber. Designed by Nelson-based architects Irving Smith Jack and engineering consultancy Aurecon, it was described by the judges as “a beautifully integrated design solution where the design process has fully embraced structural timber innovation to create a landmark building for New Zealand”.

The interior of Wellington Airport’s new international terminal — “The Rock” — won the interior fit-out award, with the judges commenting on its “visually arresting interior” which resulted in “an iconic, engaging series of spaces”. The terminal was designed by Studio Pacific Architecture in association with Warren and Mahoney.