Home Latest News The CCA 2002 — you need a provable contract first to take... 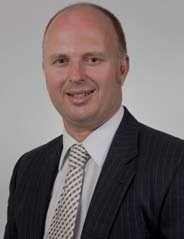 The day before MVDW was due to start building work on the defendants’ property, the defendants advised they wished to delay commencement of the project. The adjudicator noted in his decision that the owners were aware that the builder was carrying out work under the contract which he believed was in place. Rather than discussing their concerns, he said “the owners first deferred the start date for the work (to the frustration and inconvenience of the builder) and they also avoided meetings and ultimately failed to disclose to the builder they had engaged someone else to undertake the work”. A dispute ensued regarding payments claimed by MVDW to be owing for losses allegedly suffered as a result of not carrying out the renovation works at the defendants’ house. The adjudicator’s determination MVDW referred the dispute to adjudication under the Construction Contracts Act 2002 (Act). The defendants argued there was no construction contract (or rather no contract at all) thereby directly challenging the adjudicator’s right to determine the dispute.

It appeared to him that it was only once the builder subsequently provided the preliminary budget that the owners appeared to get “cold feet”. He said there was no impediment on the defendants agreeing to a reduced scope and details with MVDW which fitted their needs.

Then the adjudicator considered whether or not the contract had been breached. He noted the letter of April 26 contained no unilateral right of termination and found, therefore, the defendants had breached the contract by appointing another contractor to carry out the work. A sum for breach of contract was awarded but the defendants refused to pay. The court’s decision MVDW made an application for summary judgment under s59 of the Act, which provides that if a party fails to pay the amount determined by an adjudicator then the other party can recover the amount due by application to a court.

The defendants contended they had a genuinely arguable defence (and therefore determination by summary judgment was inappropriate) upon the grounds that: • the determination on which MVDW’s claim was based was invalid as there was no construction contract between the parties, and • the adjudicator exceeded his statutory duties. Was there a construction contract? This was the first time the courts (according to the judge) had dealt with an application for summary judgment to enforce an adjudicator’s determination. The judge thought it was arguable there was no construction contract — in part because a price had not been determined but, in particular, because the owners claimed to have advised the builder of budget limitations. The builder denied receiving advice about the limitations.

Clearly then, there was a dispute of a significant factual kind that could impact upon any determination of the existence of a contract. The judge stated that the adjudicator may well be right in his conclusion there was a construction contract, but the court could not reach that conclusion on a summary judgment basis.

The judge said that whilst he may share the adjudicator’s concern about the owner’s failure to inform MVDW earlier of its decision not to proceed with MVDW’s building services, this is not the kind of case for a robust approach to be adopted by summary determination. Summary The court also held that the Act makes a distinction between determinations as to liability to make payment under the construction contract, and determinations as to parties’ rights and obligations under the relevant construction contract.

Whilst the Act envisages that both are to be complied with, only the former determination is enforceable (usually by way of summary judgment) via the s59 process. Finally, the court commented that only payments for construction work are claimable. It held that the Act does not presently authorise claims for payment in connection with construction work preparation or consulting work in connection with proposed work.

This case shows an effective method for thwarting heavy handed enforcement measures issued under the Act. Parties wishing to use such an approach pursuant to the Act ought to make sure they can establish a construction contract in the first instance before they embark on this course.