Home Latest News The LBP scheme — what sort of liability exposure will accompany it? 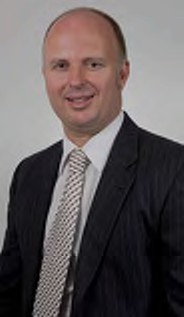 The Licensed Building Practitioner scheme comes into force on March 1, 2012. In broad terms the scheme was set up with the aim of ensuring that people in the building industry who are responsible for the work done are competent and accountable, so that homes are designed and built right first time.

From March 1, 2012, building practitioners must be licensed in order to carry out or supervise work on homes and small-to-medium sized apartment buildings — work that is critical to the integrity of the building.

This “restricted building work” applies to foundations, framing, roofing and cladding work. It also applies to active fire safety systems in medium-sized apartment buildings. A limited exemption will be available to owner-builders (“do it yourselfers”). A common legal question that has been posed to this firm in conversations with clients and people in the industry is what effect the new scheme will have on the average builder’s/contractor’s exposure to liability.

The bulk of the current exposure of builders/contractors to construction work completed stems from contractual liability to a contracting party, or tortious liability in negligence to parties that a builder may never have met or contracted with. The source of the contractual liability is, of course, the contract, whereas the negligence liability originates from the fact that a builder or contractor will be held to owe a duty of care to the ultimate end users of the building works (such as a home owner).

Currently, a common defence that a person who has carried out the building work may be able to run successfully when claims are brought against him, is that he was only carrying out this work as an employee/agent/director of a building company. Immunity to personal liability is therefore claimed. Whilst the Weathertight Homes Tribunal and the High Court to a lesser extent have attempted to pierce this corporate veil immunity argument, it is still good law and is supported by at least two Court of Appeal decisions.

The introduction of the LBP scheme will not change anything in terms of the application of the law governing builders’ liability to end users. However, practically speaking, it certainly will make builders carrying out restricted work far more identifiable. This is because the council, no doubt as part of ensuring that the work has complied with the Building Act 2004 in all regards, will need to be satisfied that an LBP has, in fact, carried out or supervised the restricted work.

There is likely to be the need for a certificate or producer statement submitted by the LBP, certifying that he is an LBP, and that he has supervised or carried out the restricted work to the requisite level. This document will, no doubt, be retained on the council file, so that in the future should there be any problems with construction work, a potential claimant can search the council file and quickly identify the LBP.

Previously, a builder acting as an agent for a company may not specifically have been identified on the council file. It seems that it may well be almost impossible to argue that an LBP is not personally liable for his/her own acts or omissions, even if he is acting as an agent/director of a construction company.

The most likely approach for the courts to take in considering whether a duty of care is owed would be to hold that a person who has qualified as an LBP and provided producer statements/certificates as an LBP for any particular construction job, owes a duty to exercise reasonable skill and care to the end user of the construction work (such as a home owner). It is important to note that on the standard application form for an LBP doing carpentry work, it is only contemplated that an individual, rather than a company, can register as an LBP.

In summary then, the question often posed to this firm can be answered in this way. The LBP scheme has not expanded the liability of builders/contractors. However, it does make builders carrying out restricted building work readily identifiable, and most probably personally liable for their work. Note: This article is not intended to be legal advice (nor a substitute for legal advice). No responsibility nor liability is accepted by Legal Vision to anyone who relies on the information contained in this article.