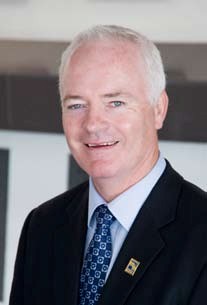 Get things down in writing and prioritise

The holiday period seems to fly by and before we know it, we are back to the reality of work and having to start thinking about the year ahead.
I routinely use early January as a time to plan and set goals for the year. It is such an important process. There are so many things to write down and prioritise. It is such a good feeling to get them on paper and start ticking them off.

I was told that once you write things down, you can afford to forget them until their time for action comes around. This is so true. Often the fact that we have lots of things spinning around in our heads results in unnecessary stress.
It is also an important time to review the previous year and honestly appraise our personal and professional performance. We can always do things better. In the book Don’t Sweat the Small Stuff at Work, Richard Carlson identifies, among others, some great advice:

Make a list of your personal priorities
He suggests making a list of your top 10 priorities, then putting the list away for two weeks. When you take it out, try to calculate how much of your time over those two weeks went towards achieving the goals listed.

If you find that a staggering percentage of your time was spent doing other things, then you’ve got some work to do. The reality is that when you are busy and working hard, it’s easy to postpone or overlook your true priorities.
Once you open your eyes to this pattern, it is fairly easy to change. You can begin to make minor adjustments.

Ask yourself — am I making the absolute best of this moment?
We often spend our moments wishing things were different, complaining, whining, commiserating or feeling sorry for ourselves. These thoughts are counter-productive.
However, when you’re making the best of this moment, it’s unlikely that you’ll be sweating the small stuff because you’ll be focused on solutions and enjoyment instead of problems and concerns.

Stop scrambling
For many people, there are essentially two speeds — fast and faster. Often we scramble around, moving very quickly, doing three or four things at once. Often we are only paying half attention or half listening to the people we are working with. Our minds are cluttered and overly busy.
When we’re like this, it is difficult to determine what is truly most relevant because we are so preoccupied with getting everything done.

Try to make a conscious effort to slow down — both your thinking and your actions. If you do, you will be surprised to discover that, despite the slower speed, you’ll become more relaxed and far more effective.
The reason is that you’ll regain your composure and be able to see the bigger picture. Your stress level will drop and it will even seem like you have more time.

Stop procrastinating
Do not delay beginning a task. Allow for the time involved and start early enough to complete.
To get over this tendency to procrastinate requires humility. The only solution is to admit that, in most instances, you do have enough time.
But you must start a little earlier and make whatever allowances are necessary to ensure you won’t be in a mad rush. Try to incorporate the gems of advice above into your 2012.

* * *
I have just completed reading the newly-released biography of Steven Jobs, the recently deceased founder and chief executive of Apple. It’s a fabulous read.
Of particular interest to me was the fact that he credits part of his success to the construction industry. Here is an excerpt from the book:
The Jobs’ house and others in the neighbourhood were built by the real estate developer Joseph Eichler, whose company spawned more than 11,000 homes across California between 1950 and 1974.

Inspired by Frank Lloyd Wright’s vision of simple modern homes for the American “everyman”, Eichler built inexpensive houses that featured floor to ceiling glass walls, open floor plans, exposed post and beam construction, concrete slab floors and lots of sliding doors.
“Eichler did a great thing,” according to Jobs. “His houses were smart and cheap and good. They brought clean design and simple taste to lower income people. They had awesome little features, like radiant heating to the floors. You put carpet on them, and we had nice toasty floors when we were kids.”

Jobs said that his appreciation for Eichler homes instilled in him a passion for making nicely designed products for the mass market.
“I love it when you can bring really great design and simple capability to something that doesn’t cost much,” he said as he pointed out the elegance of the homes.
“It was the original vision for Apple. That’s what we tried to do with the first Mac. That’s what we did with the iPod.”

Pretty inspiring stuff for us kiwi builders.
Have a well planned and great 2012!