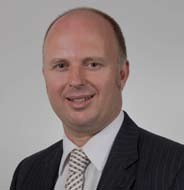 Overview
In Rees v Firth & Anor [2011] NZCA 668, the Court of Appeal was called upon to consider what approach should be taken to judicial review of an adjudicator’s determination under the CCA.
The court ultimately concluded, in light of the scheme and objectives of the CCA, challenging a determination by way of judicial review would rarely be appropriate.
In considering the issue, Justice Arnold first confirmed that there was nothing that prevented a party from seeking to judicially review a determination under the CCA and, in fact, Parliament had clearly contemplated that adjudicators’ decisions could be judicially reviewed (referring specifically to sections 48(1)(a) and 60 of the CCA).

Moreover, the court noted that, unlike other statutes, the CCA did not limit judicial review to instances of “jurisdictional errors”. To do that, the court said, would only result in unproductive and diversionary debate about whether a particular error by an adjudicator is or is not “jurisdictional”.
Notwithstanding these comments, the court went on to make abundantly clear at paragraph 22 that the statutory context of the CCA is such that a person who does not accept an adjudicator’s determination should litigate, arbitrate or mediate the underlying dispute, rather than seeking relief by way of judicial review of that determination.

The court’s reasoning
The court made two important points in its reasoning. First, it said that one of the objectives of the CCA was to solve cash flow problems by facilitating quick payments. The issue of judicial review proceedings did not interfere with that objective (as the party with the benefit of a money determination may still enforce it). That reflects the “pay now, argue later” philosophy of the CCA.

However, in line with that objective, the court said it seemed unlikely that a court would be prepared to grant interim relief under section 8 of the Judicature Amendment Act 1972 in the context of judicial review proceedings challenging a determination as to payment.
Second, an adjudicator’s determination of rights and obligations under a construction contract is not binding in any event. A party with the benefit of such a determination must issue proceedings in order to enforce its rights, and the court will be free to reach a different view from that of the adjudicator.
In that type of case, the court said, it is difficult to see what point there would be in any judicial review proceedings.

Accordingly, at paragraph 27, the court said that courts must be vigilant to ensure that judicial review proceedings do not cut across the scheme of the CCA and undermine its objectives.
While that did not mean that judicial review should be limited to instances of “jurisdictional error”, the applicant still needs to demonstrate that the court should intervene in the particular circumstances.well, you seem to be quite switched on That would not be easy, given the purpose and scheme of the CCA.
In fact, the court noted that it would be very difficult to satisfy a court that intervention was necessary.

The court provided the example of where an adjudicator has made errors of fact. In such cases, given the important purpose of the CCA is to provide a mechanism to enable money flows to be maintained on the basis of preliminary and non-binding assessments of the merits, it is unlikely that these cases would give rise to successful applications for judicial review.
Rather, in the great majority of cases where a determination is to be challenged, parties should submit the merits of the dispute to a binding resolution through arbitration or litigation (or go to mediation).

Concluding comments
While it is inevitable that parties will be dissatisfied with determinations under the CCA, and conclude in their own minds that the adjudicator has “got it wrong”, judicial review is unlikely to provide a party with relief.

Instead, the parties are likely to be better off arguing the underlying dispute in mediation then arbitration, or in mediation then the courts, depending upon what the specific construction contract stipulates.

If a disgruntled party heads down the judicial review path, it may well find that, in light of the Court of Appeal’s comments, that path leads to wasted legal costs, or worse, costs payable to the other party.
That would likely be “salt in the wound” for a party who had already spent considerable resources in a determination.