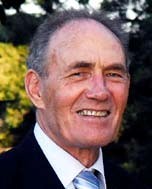 They no longer make toilets in New Zealand. In fact, we don’t seem to manufacture very much at all anymore.
We’d rather bring in cheap stuff from Asia, because it only lasts for a year or so and then we can go out and buy nice new stuff again. Makes sense — not.
And whoever invented plastic plumbing fittings that look like chromed metal has a lot to answer for. I suspect the car industry is responsible for this bit of our throwaway culture.

I can remember specifying toilets back when the only cisterns available were those cheap plastic jobs that screwed to the plasterboard. They had a little chrome lever control and a very inelegant flush pipe down to your choice of pan. Although P traps or S traps were about the only options available. White or nothing, of course.
Recently I renovated our bathroom, and decided that we should put in one of those fancy European models. The one we chose looks a bit like an egg with the top and bottom cut off. Soft closing lid, concealed cistern and dual flush controls.

I must say, whoever decided that toilet seats should be square rather than oval has a lot to answer for. Looks great, but feels decidedly uncomfortable.
Having travelled a bit recently, I noticed that countries are often defined by the toilet pans they put in their hotels. We import all ours so we can choose whatever we want, but we still tend to put bog standard jobs in our hotels and motels.

In Australia, where they still manufacture toilets, their toilet pans also haven’t changed much from the original British models devised by Sir Thomas Crapper. White pan, white oval seat, wall-mounted white cistern, and that’s about it.
The North American toilets tend to be a bit ornate and, like their meals, very big and bulky. They also have a most unusual way of flushing. After you press the button or the lever control the water level in the pan rises disconcertingly until close to overflowing, before retreating and then disappearing with a rush.

While standard European toilets are finally taking over from the old “two footprint and a hole” jobs through most of the Far East, Japan is another matter entirely.
The French may have invented the bidet, but their approach of having two separate pans leaves a lot to be desired. How do you elegantly get from the loo to the bidet for that final clean and polish?

Can’t be done. In Japan, it’s all in one. The lid closes automatically after use, so no more complaints about men leaving the seat up. And that’s just for starters. The range of options is mind-boggling:
• A heated seat, with full temperature control.
• Warm water sprays, front and rear.
• And no more toilet paper — you just press a button to experience a warm (and dry) glow from down below.

So while you may struggle to turn around, or avoid bumping your head in most Japanese hotel bathrooms, the toilets are what can only be described as magnificent.
Must be something to do with all that tofu they eat.