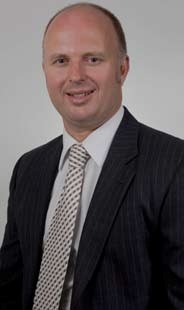 For various reasons, it is not uncommon for there to be long delays between construction of a building and final inspections and the issue of code compliance certificates.
The issue in the decision of Gauld v Waimakariri District Council (HC, 21/3/2012; Chrisholm J, Christchurch, [2012] NZHC 203, CIV 2011-409-392) was: Can leaky building owners argue that a delay by the council in the inspection process is negligent and, thereby, obtain recovery?

In this case, Gauld was issued with a notice to fix and replace the exterior cladding. He undertook the required remedial work and subsequently issued proceedings alleging, among other things, that the council was negligent in failing to take any steps in the inspection process for four years.

The timeline for the inspections included the following:

• Gauld’s dwelling was constructed in 1993 except for an upstairs bathroom. Inspections were made by the council during the course of construction.
• In 1995 the council asked Gauld to arrange a further inspection.
• The upstairs bathroom was completed in March 2002.
• Mr Gauld’s wife asked for an inspection and this was carried out on March 11, 2002. The notice of inspection raised a number of issues, but there was no reference to the exterior cladding.

• A “final” inspection was undertaken on November 13, 2002. The notice of inspection had boxes relating to “weathertightness” and “other monolithic claddings”, and these were ticked. The notes record that the inspector was checking crossed items to see what applied, and that the inspector would get back to the owner.
• On October 6, 2004 the council sent a generic notice to ratepayers advising that the Building Act 1991 was to be replaced by a new Act and, among other things, this might have implications for building owners who had obtained a building consent but had not yet obtained a code compliance certificate. After receiving the notice Mr Gauld asked the council to carry out a final inspection.

No further steps were taken by the council. In particular, no notice to rectify was issued.
In early 2009 Gauld became aware that a CCC had not been issued. His solicitor wrote to the council seeking the issue of a certificate. The council declined and indicated it would issue a notice to fix. This was issued and effectively required a replacement of the exterior cladding.

The particular issue before the court was that the council alleged that none of the causes of action (including that the council was negligent in failing to take any steps in the inspection process between 2005 and 2009) could succeed.
The council argued that the dwelling did not comply with either the 1991 or 2004 Building Acts or the relevant Building Codes. Thus, any breaches by the council in 2005 did not cause any loss because a CCC could not have been issued.

The judge stated that at least in the context of the strike out/summary judgment application this argument was unsustainable because it was the four-year delay that lay at the heart of the negligence cause of action.
Because the cladding passed the earlier inspections, the judge mentioned that it was unlikely that all the work that had to be undertaken in 2009 would have been required in 2005 if the issue had been addressed at that time.

In addition, it was unlikely the cost for the same works would have been the same in 2009 as it would have been in 2005.
The council’s applications for an order striking out the statement of claim or entering summary judgment in its favour were dismissed.
In doing so, the court found Gauld’s claims (including that he was promised the CCC but no further steps were taken for four years) arguable.