Home Latest News Can individual building inspectors be sued in their individual capacities for negligence? 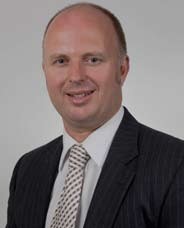 This case — Body Corporate 318596 v Mathis [2012] NZHC 373 — involved an application by the employees of Bay Building Certifiers Ltd (BBC) to have the causes of action in negligence against them struck out.

The employees attempted to argue that they were exempted from liability because the statutory exemption given to the employees of territorial authorities by section 89 of the Building Act 1991 should, as a matter of construction and policy, extend to the employees of building certifiers.
It originated as a strike out application in the High Court, which failed when read by Associate Judge Doogue. His decision was reviewed, and this article outlines the decision on review.

Overview
This case involved claims arising out of the construction of two residential apartment complexes at Mt Maunganui between 2000 and 2003 (a nine-unit complex called “Beachside” and a 39-unit complex known as “Cutters Cove”).
Those apartments were not weathertight (leaky). As a result, the respective Body Corporates representing those residential apartments sued the parties responsible for the defects in their apartments.

One of the responsible parties was the private building certifier, BBC. BBC was contracted by the Tauranga District Council to undertake inspection and certification work in the Cutters Cove development.

In terms of the Beachside development, BBC was engaged by the developer, and issued two code compliance certificates for that development.
At the time of the proceeding, BBC was in liquidation and had no insurance cover. It was worthless as a defendant and potential judgment debtor. As a result, the two Body Corporates sued the employees of BBC who were involved in the relevant inspections and the discharge of the compliance certificate obligations.

No civil proceedings shall be brought for an act done in good faith under this Act against a member, building referee, or employee of the Authority, or a member or employee of a territorial authority, or a member of a committee appointed by the Authority or a territorial authority.
Looking at the wording above, employees of building certifiers are not mentioned in section 89. In fact, nowhere in the Act is there any protection afforded to building certifiers.

Judge Priestly concluded that it would be “drawing a very long interpretative bow to justify the section 89 shield extending to an unmentioned class”.
He does not consider that the policy of the Act justifies an interpretation which requires a court to write words into a statute which are not there.

Apart from that, Judge Priestly noted that there was force in Associate Judge Doogue’s observation that the “framers of the Act [Building Act 1991] and Parliament might well have deliberately decided to omit the employees of building certifiers to add an extra set of pockets beyond the undoubtedly legitimate targets of the building certifier and its indemnifiers”.
The Parliamentary materials shed no light on this topic. Nonetheless, it was observed that there are increased risks when private sector providers undertake work which, hitherto, had been carried out by a territorial authority.

This suggests that it is at least arguable that the legislature made a conscious decision not to intervene in the case of territorial authorities’ private sector counterparts (such as private certifiers).

Finally, the point raised by the employees, namely the proper construction of section 89 of the Building Act 1991, is novel. This means that the case would inevitably lead to an appeal to the Court of Appeal. Therefore, a strike out application is not appropriate to determine the point raised by the employees.
For these reasons, the strike out application is refused and the claims against the employees of BBC remain to be determined at trial.

Concluding comments
This decision brings to the forefront the basic principle in torts, which is that “the primary tortfeasor is the natural person whose acts or omissions led to the harm in question”.
The practical position at least, within the leaky building proceedings that this firm has been concerned with, is that it widens the net of defendants to include employees of a company, which is especially helpful when the company is worthless as a defendant and potential judgment debtor.
As an aside, the decision is so decisive that one wonders whether this issue will be argued in a High Court.

NOTE: This article is not intended to be legal advice (nor a substitute for legal advice). No responsibility or liability is accepted by Legal Vision to anyone who relies on the information contained in this article.