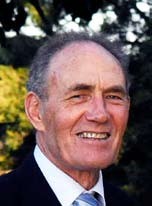 Christchurch. Still battered and bruised nearly two years after the first earthquake. But as a visit in late 2011 showed, there are some signs of a rebirth. Still a very small and slow rebirth, but positive steps all the same.
Needing to visit 12 design offices in two days, I added a GPS to my car hire. Unfortunately the somewhat frustrating “Hertz Never Lost” system kept encouraging me to turn in towards the fenced off red zone.

This led me into some wide circuitous routes around central Christchurch, emphasising how the very core of the city has been — and once again is now being — torn apart. The only signs of life in what looks as much war zone as red zone, are signs of demolition.
A recent report noted that more than 1000 buildings need to be demolished in the central city, and that this work should be completed by May 2013. May 2013! Seems and inordinate amount of time, whatever health and safety issues there might be.

Yes, safety is paramount and the continuing after-shocks have eroded confidence, but you might have hoped for more progress over a shorter time frame.
In contrast to the almost completely munted city centre, the people I met were positive, almost excited about the challenge of creating a new Christchurch. Often crowded together, sharing small, often marginal office space, the design fraternity are all doing the best they can to keep afloat, ready to help in the rebuilding work to come.

Some architects are directly assisting CERA, VERO and the EQC (don’t bureaucrats love acronyms) with assessing existing buildings for repair or demolition. Others are taking the opportunity to look further afield for commissions, and thriving accordingly.

The September 2010, February 2011 and later, smaller quakes may have found many of the older masonry buildings wanting — and tragically a few of more recent vintage — but Christchurch will rebuild and thrive again.

The most positive sign of confidence and design excellence is the Cashell Street RE:START retail centre. A cheeky British developer has tried to claim copyright over using shipping containers to create instant shopping centres, but the bland, boxy British effort is nowhere near as bright and vibrant as this small Christchurch gem.
Complete with Christchurch’s much-loved wizard, the new shopping and cafe area buzzes with life, helping to feed shoppers into the adjoining and last remaining department store in the central city.

The view through the adjoining hurricane wire fence down deserted Lichfield Street is hardly inspiring, and becoming less so as more and more buildings are demolished. But people seem happy just to enjoy a small spot of normality in the middle of the dust and demolition.
Driving out of central Christchurch towards the mouth of the Avon and Heathcote Rivers at Ferrymead, the contrast between quiet, leafy streets apparently untouched by the events of the past two years and the many broken roads and unstable river banks is striking.

For some reason the array of traffic cones and narrowed roadways seem to encourage Cantabrians to drive as fast as possible, especially along the once notorious boy racer strip of Fitzgerald Avenue.
While I did not venture over the Port Hills to badly damaged Sumner and surrounding hilltop and marine suburbs, Ferrymead offers a less obvious but just as graphic illustration of the challenges lying ahead.

A seven-storey block of brand new apartments stands as mute testimony to the earthquakes’ more subtle power. With a partially collapsing and regularly flooding basement, the block now has a distinct lean off vertical, and will have to be demolished.
Hindsight might question why permission was granted to build such a substantial building so close to a sandy river estuary, but that doesn’t help those living and working in the local area who just want to get on with life.

The real concern is whether Christchurch can rebuild — or recreate elsewhere — its city centre. Continuing procrastination, coupled with a “temporary is best” approach — such as the temporary Crusaders stadium and the planned cardboard cathedral — are not helping long-term confidence.
The “C-word” is critical for business’ long term planning, and stop-gap measures, while understandable, don’t send out a positive message.

Time is running out, as more people and more businesses are either leaving Christchurch completely, or moving to outer suburban centres.
Getting them to return will be increasingly difficult the longer the red zone remains locked off and a final decision on a new central city development plan is delayed.
Safety first yes, but for confidence to return someone needs to stand up and say “this is where the new Christchurch will be rebuilt”. No ifs, no buts.